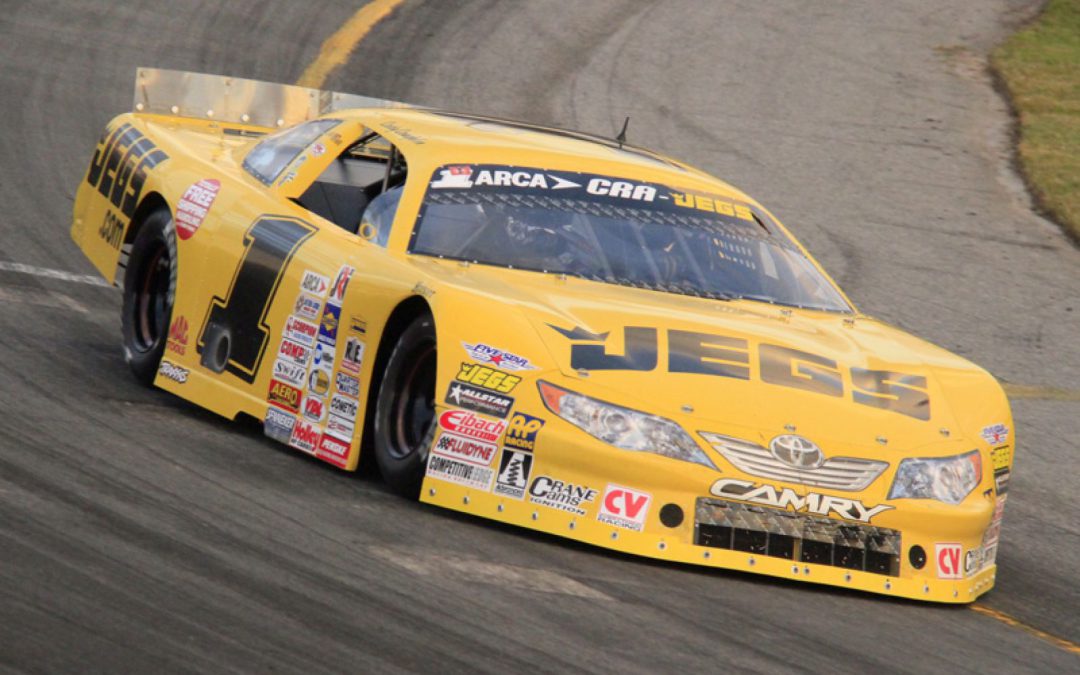 Cody Coughlin has two races this weekend on Friday and Saturday night.  On Friday he’s in the Super Late Model looking for his fourth ARCA/CRA Super Series win of the year and first at Indianapolis’ Lucas Oil Raceway.

Coughlin is coming off of a solid top-20 finish at Eldora Speedway in the NASCAR Camping World Truck Series. Coughlin ran in the top 10 for much of the feature after winning the Last Chance Qualifier. A flat right-front tire relegated him to a 19th-place finish.

Cody Coughlin’s Team JEGS crew will be led by new crew chief Jack Smith.  Since Smith came on board Coughlin has visited victory lane four times and has finished in the top 10 in all but one start.  Smith is joined by Kevin Hamlin (team manager), Scott Wimmer (spotter), and Dave Holt (crew member).

Anderson Speedway is a quarter-mile oval with close to 17 degrees of banking.  The high banking leads to high speeds, even on such a small track.  The facility first opened in 1948, and is the home of the Little 500 for non-winged Sprint Cars every Memorial Day weekend.

Ran in the top 10 in his first race on dirt and finished 19th at Eldora Speedway after suffering a flat tire.