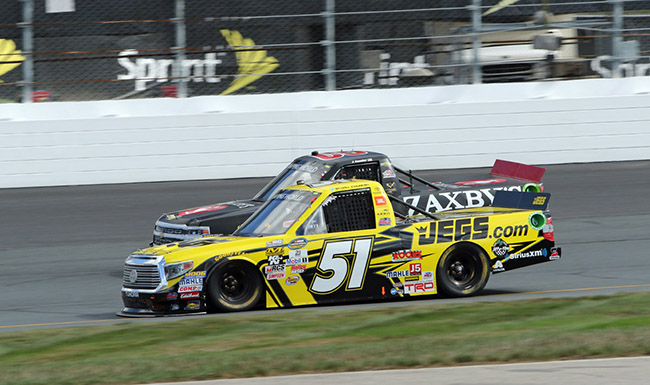 Las Vegas Motor Speedway is located in Clark County, Nevada about 15 miles northeast of the Las Vegas Strip. It is a 1,200-acre complex with multiple race tracks. LVMS is a 1.5-mile high-banked oval. It first opened in 1996 with the first NASCAR race being held in 1998.

Cody Coughlin and the No. 51 JEGS.com Kyle Busch Motorsports team will pilot chassis No. KBM-035.  Coughlin has yet to race this chassis. KBM-035’s last race came at Chicagoland Speedway in mid-September.

“I thought that New Hampshire went pretty well all things considered. We didn’t get the finish we should have gotten, but Cody got to run up front and he showed he can hang with those guys. I think he learned a lot last week, so I’m excited to be back with him this week in Vegas.”

Cody Coughlin has seen plenty of success so far in 2016 on the Late Model side.  Coughlin currently leads the points standings in both the ARCA/CRA Super Series and JEGS/CRA All-Stars Tour with six total wins between both series (four in Super Series, two in All-Stars Tour).