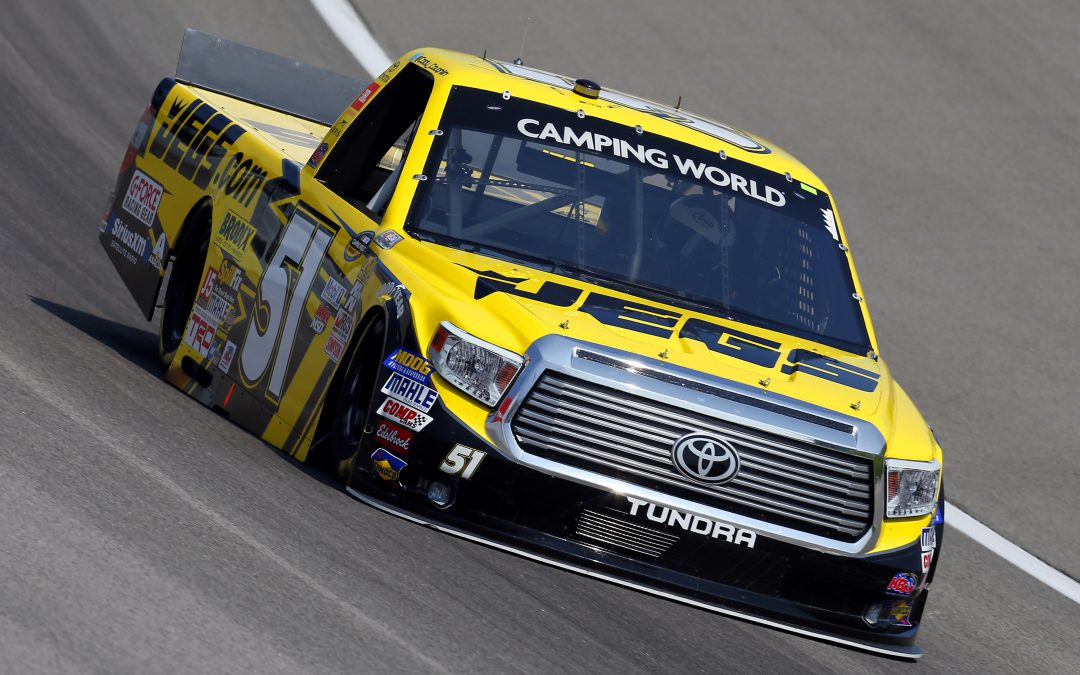 Coughlin’s eighth NASCAR Camping World Truck Series start comes at the “Magic Mile” of the New Hampshire Motor Speedway in Loudon, New Hampshire on Saturday, September 24. The UNOH 175 is a 175-lap race around the 1.058-mile oval.

New Hampshire Motor Speedway, formerly known as New Hampshire International Speedway, opened in 1990. Located on approximately 1,200 acres, the multi-use complex is the largest sports facility in New England and features a 1.058-mile oval speedway, with a seating capacity of 88,000 and a 1.6-mile road course.

Cody Coughlin and the No. 51 JEGS.com Kyle Busch Motorsports team will pilot chassis No. KBM-034.  This is the same truck that Coughlin utilized at a test session at NHMS in August.  KBM-034 has not raced since the March race at Martinsville Speedway where it visited victory lane with Kyle Busch behind the wheel.

“I’m excited to be heading to New Hampshire with Cody this weekend.  I love Loudon, and I think Cody will too.  We had a great test there a couple weeks ago and Cody picked up the line really quickly. I think he’s been showing more progress recently and I’m excited to see what happens on Saturday.”

Cody Coughlin has seen plenty of success so far in 2016 on the Late Model side.  Coughlin currently leads the points standings in both the ARCA/CRA Super Series and JEGS/CRA All-Stars Tour with six total wins between both series (four in Super Series, two in All-Stars Tour).