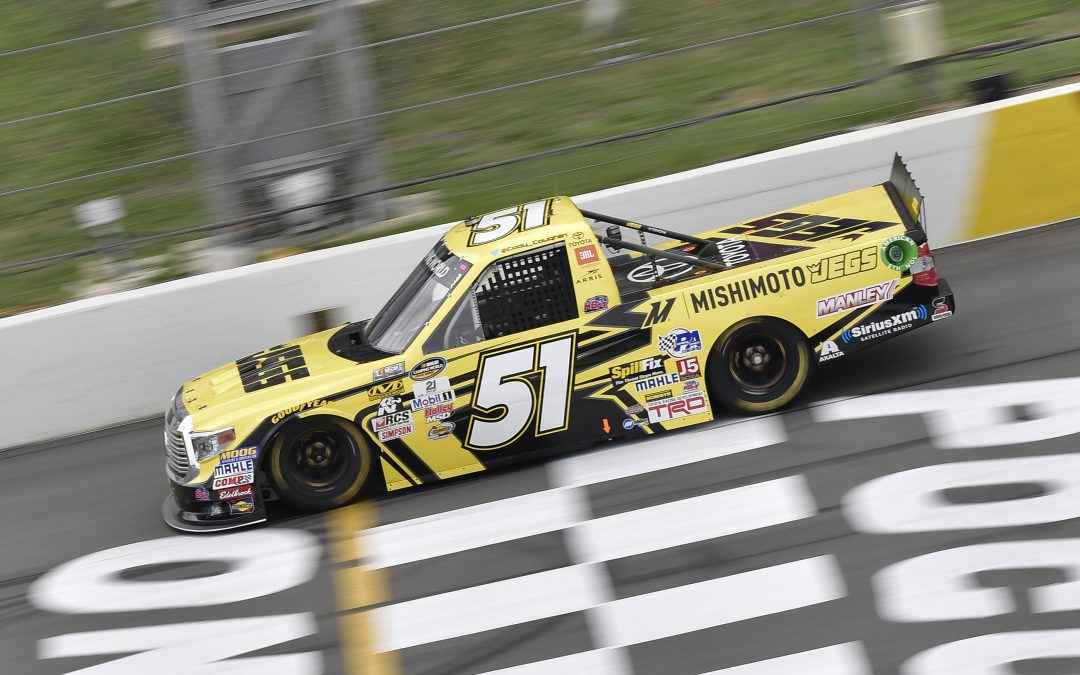 Cody Coughlin and the No. 51 JEGS.com Kyle Busch Motorsports team will pilot chassis No. KBM-026.  Coughlin has yet to race this chassis. KBM-026’s last race came at Daytona International Speedway this past February. It is a superspeedway-specific chassis as its three starts have only come at Daytona and Talladega.

The JEGS Foundation “Racing for Cancer Research” is honored to be affiliated with one of only 39 nationally-designated Comprehensive Cancer Centers, The Arthur G. James Cancer Hospital and Richard J. Solove Research Institute at The Ohio State University in Columbus.

Talladega Superspeedway, formerly known as Alabama International Motor Speedway, is a motorsports complex located north of Talladega, Alabama. It is located on the former Anniston Air Force Base in the small city of Lincoln. The track is 2.66-miles long and has 33 degrees of banking in the corners.