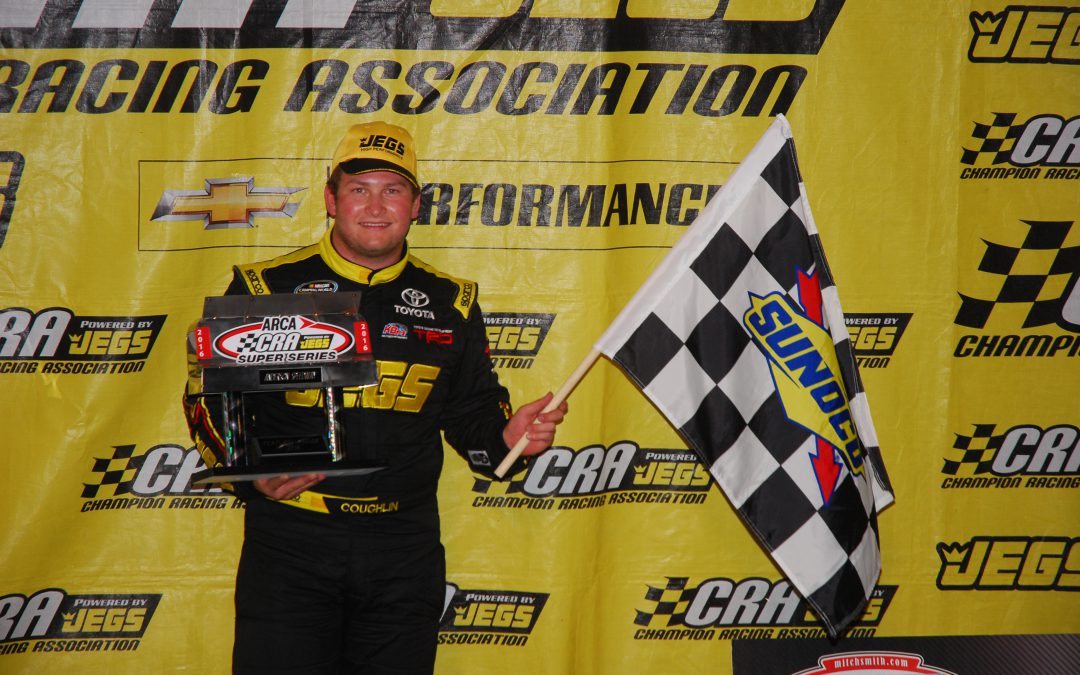 The dual CRA points leader is heading back home to the Columbus Motor Speedway on Saturday night for the Bud St. Amant Memorial 125.

Coughlin is coming off of another victory, his fourth of the season.  Coughlin has never won a Late Model race at his home race track of Columbus Motor Speedway.  Coughlin has four top-10 finishes in Late Models at Columbus, the track at which Coughlin’s racing career began in quarter-midgets.

Cody Coughlin’s last Late Model race ended with another trip to victory lane.  The Joe Gibbs Racing Development driver went back to the high-banks of Salem Speedway in Salem, Indiana and took the checkered flag.  The win made Salem the first track that Coughlin has won at multiple times.

Cody Coughlin’s Team JEGS crew will be led by new crew chief Jack Smith.  Since Smith came on board Coughlin has visited victory lane four times and has finished in the top 10 in every start.  Smith is joined by Kevin Hamlin (team manager), Scott Wimmer (spotter), and Dave Holt (crew member).

Columbus Motor Speedway is a 1/3-mile oval just outside of Columbus, Ohio.  The race track is in its 69th and final year of operation.  It was announced at the start of 2016 that the track would be ceasing operations at the end of the season.