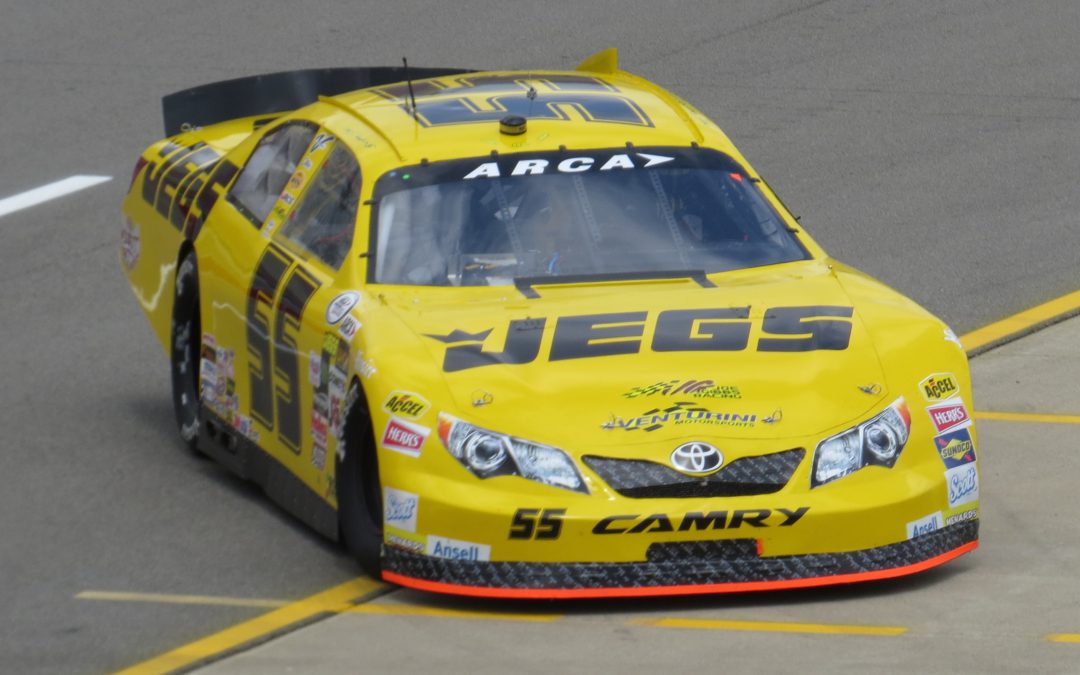 Cody Coughlin will be making his third superspeedway start in the ARCA Racing Series presented by Menards this Saturday at Chicagoland Speedway in Joliet, Illinois.

Cody will be on track at Chicagoland Speedway this Friday, July 18th with practice from 3:30-5:20pm CDT.  He will then be a part of an ARCA Racing Series drivers autograph session from 6:00-7:00pm.

The race will air live on FOX Sports 2.  To find FOX Sports 2 in your area, please visit: http://msn.foxsports.com/other/story/find-fox-sports-1-on-your-tv

Piling Up the Strong Runs

Eighteen-year-old Cody Coughlin is past the halfway mark of his 12-race schedule with Venturini Motorsports in the ARCA Racing Series. The Joe Gibbs Racing Development driver has collected four top-10 finishes.  Three were on short tracks and the fourth at Pocono Raceway.

Cody Coughlin is making his third ever start on a superspeedway.  At Pocono Raceway, he qualified 10th in a backup car and finished ninth while running in the top 10 all day long.  At Michigan International Speedway, he qualified sixth and was in the top 10 most of the race and came home with a 13th place finish at the fastest track he has ever raced at so far in his career.

Back in the Land of Lincoln

The last time Cody Coughlin competed in a stock car event in Illinois was back on July 30, 2011 when he competed in the JEGS/CRA All-Stars Tour event at Rockford Speedway.  That night he finished second on the high-banked quarter-mile oval, which he parlayed into the series' Rookie of the Year title at year's end.

Chicagoland Speedway is a homecoming for the Venturini family, who has competed in every ARCA event at the Joliet, Illinois track since it opened in 2001.  Cody Coughlin will be looking for his first ARCA win on Saturday to give Venturini Motorsports its third overall win.  Scott Lagasse, Jr. got the first team win in 2008 and Kevin Swindell got his ARCA win in 2012.

On a recent family vacation, Cody Coughlin tried the game of squash.  Squash is a racquet sport played in a four-wall court with a small, hollow rubber ball. Already an avid tennis player, he got used to playing squash right away and was beating his family.