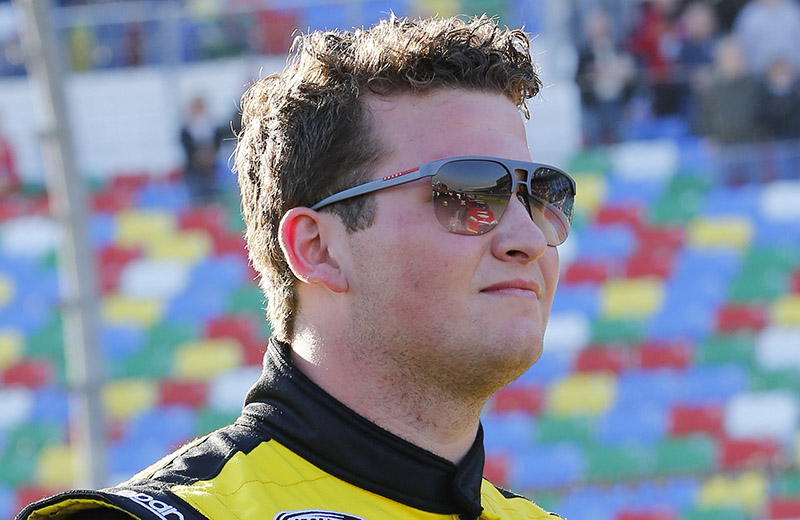 Set to Start a New Streak
The last time 19-year-old Joe Gibbs Racing Development Driver Cody Coughlin was on track in the ARCA Racing Series, his streak of six-straight top-10 finishes came to an end at Pocono Raceway.  The 13th-place finish was a result of a severely loose-handling race car, but it gave Coughlin and his Venturini Motorsports crew some notes to bring to the Corrigan Oil 200 at Michigan International Speedway.  Before the Pocono race, Coughlin had not finished outside the top 10 in an ARCA event since July of 2014.

Second Time in the Irish Hills
Friday's Corrigan Oil 200 will be the Delaware, Ohio native's second career ARCA run at the two-mile Michigan International Speedway.  In June of 2014, Coughlin made just his fifth career ARCA start and second on a speedway at Michigan.  He qualified the JEGS.com No. 55 Toyota prepared by Venturini Motorsports in the sixth position, but an aerodynamically ill-handling race car relegated him to a 13th-place finish.  Since Michigan, however, Coughlin has finished in the top five in four of his last five ARCA speedway starts.

Ride Along with Cody
Cody Coughlin's No. 55 JEGS.com Toyota Camry will carry on-board cameras during the live FOX Sports 2 broadcast of the Corrigan Oil 200.  Fans will be able to see the same view Coughlin does from behind the wheel and all around his ride Friday.  Coughlin enjoys having fans be able to ride alongside him during each ARCA race through their televisions and hopes to give his supporters an up-close view of victory lane Friday in Michigan.

@Cody_Coughlin
Social media is becoming more and more popular each day. Cody Coughlin is also jumping on board with his own Twitter account. Fans are encouraged to follow his Twitter account @Cody_Coughlin. On race days, the account will be updated to give you a little insight as to what is happening behind the wheel and with his race team. Plus it’s a great opportunity to see what he enjoys doing away from the track.