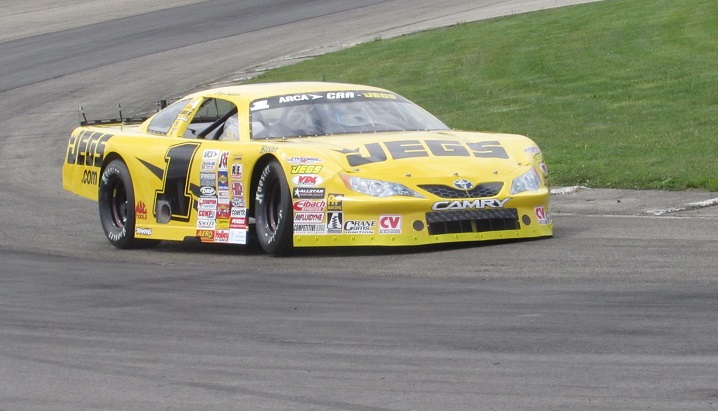 Seeking a Win in Indy

Cody Coughlin has had strong performances at Lucas Oil Raceway in Indianapolis, Indiana before.  He won the JEGS/CRA All-Stars Tour championship in 2013, and that year saw his best finish at the famous half-mile oval when he finished second.

Coughlin wants to win at Lucas Oil Raceway badly, because winning in the city of Indianapolis is special no matter what track and what car.

Closing in on a Win

The last time the 19-year-old Joe Gibbs Racing development driver was scheduled to run an ARCA/CRA Super Series race was at his home track of Columbus Motor Speedway in Ohio a month ago.  Coughlin had by far one of the fastest cars that weekend, but rain washed away any chance he had of taking another win.

Coughlin has made just three ARCA/CRA Super Series starts in 2015.  He scored a top 10 at Toledo Speedway in Ohio, and put in a strong top five run at Michigan's Berlin Raceway in May.

But no Coughlin has ever won on the circle track at Lucas Oil Raceway.  Coughlin could be the first to do that if he takes the checkered flag at the end of 100 laps on Friday night.

Cody Coughlin has started on the front row at Daytona Int’l Speedway, finished second at Talladega Superspeedway, scored two poles in the ARCA Racing Series and had a chance to win in his first attempt on a road course in 2015.  Now, Cody Coughlin is ready for his next step in his racing career.  Look for more information in the week to come.