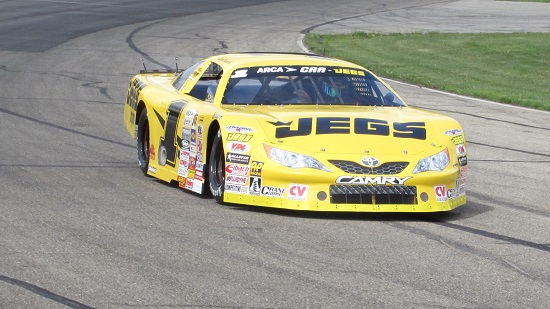 As autumn starts to turn toward winter in Ohio and the days start to get grey and cold, Cody Coughlin is heading to the Sunshine State of Florida to do some racing at the fast half-mile of New Smyrna Speedway.  New Smyrna is a track Coughlin has seen success at in the past.  It is the site of his first Late Model victory during the World Series of Asphalt Stock Car Racing in 2013.  The Joe Gibbs Development driver has also finished in the top five six times at New Smyrna.

The last time Coughlin raced at New Smyrna he had the fastest car in the field one year ago at the Governor's Cup.  He raced his way into the top five from his 15th-place starting position and ran there for much of the race.  A transmission issue ended prematurely.  As a result, Coughlin is looking for redemption in this year's trip to the Governor's Cup, and he believes he can definitely get the job done on Sunday afternoon.

The last time Coughlin took to the race track was at Winchester Speedway for the Winchester 400.  Coughlin started the marathon race from the fifth position and ran in the top five most of the event.  At the end of the day, he scored a strong second-place finish in one of the most challenging races of the year.

The 19 year-old was recently tabbed to drive a partial schedule in the NASCAR Camping World Truck Series in 2016 for Kyle Busch Motorsports.

A new website for Cody Coughlin was debuted this week (codycoughlin.com).  Tune in to see the latest news, photos and opportunities with the Joe Gibbs Racing development driver.