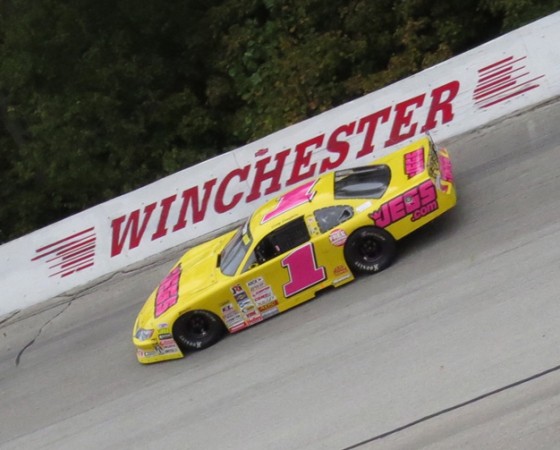 Back to Defend His Win

A year ago Cody Coughlin scored one of the biggest wins of his career when he led all 100 laps to take the checkered flag in the ARCA/CRA Super Series Winchester 100 at the World Stock Car Festival on Labor Day.  Now he's heading back to take on the 37 degrees of banking at Winchester to defend his win.

Coughlin said he's feeling no pressure heading into Winchester, and for good reason.  Winchester Speedway is one of his best race tracks.  In addition to the win one year ago, the 19-year-old has finished in the top-10 three times.  Coughlin has never finished lower than seventh at Winchester in a Super Late Model.  He's also finished second at Winchester in a Pro Late Model and scored another top-10 finish in his lone ARCA Racing Series start at Winchester in 2014.

The last time Coughlin ran a Super Late Model was when he stormed through the field to finish third at Indiana's Lucas Oil Raceway at the end of July.  He ran up front most of that race, but a cut tire put him deep him in the field late in the race.  That didn't matter as he picked off almost everybody in the field to get back on the podium.  Now Coughlin and his Team JEGS crew are looking to build off of that momentum as they head back to one of Coughlin's best tracks.

The Joe Gibbs Development driver made his first start a few weeks ago for Kyle Busch Motorsports in the Camping World Truck Series.  Coughlin was top-five in the final practice and was battling for a top-10 finish when an incident with a handful of laps remaining put a stop to his march to the front.  Coughlin said he learned a lot from the opportunity and is hoping for more in the future.