Cody Coughlin Prepping for his First Daytona Race Next Month 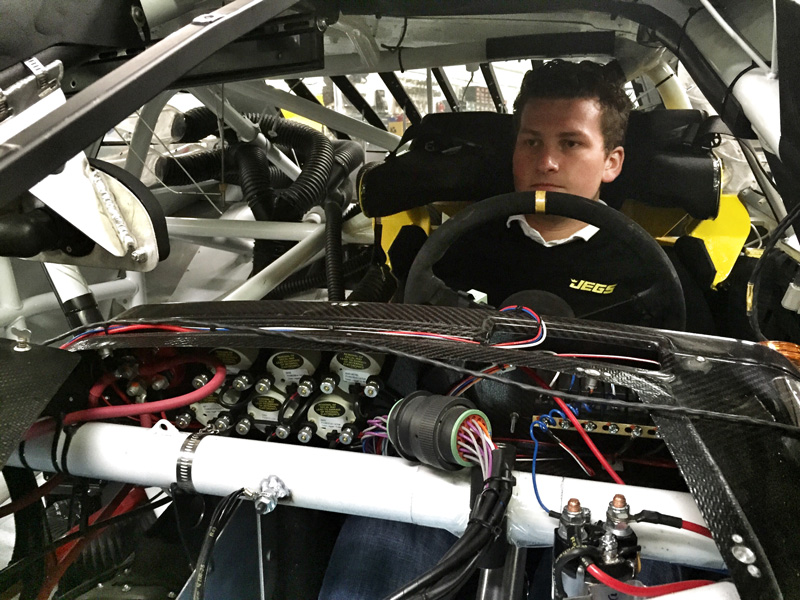 The road to Daytona is underway for Cody Coughlin as he is eager to make his first start at Daytona International Speedway next month.

The Joe Gibbs Racing Development driver was in North Carolina this week to start prepping for the ARCA Racing Series Lucas Oil 200 presented by MAVTV American Real on Saturday, February 14th at the “World Center of Racing.”

The 19-year-old made stops at Venturini Motorsports and Joe Gibbs Racing.

During the ARCA Racing Series Open Test last month, Coughlin posted the eighth fastest time during the test with a speed of 187.165 mph.  It was the first time he drove around the 2.5-mile oval and got some experience in the draft for the Valentine’s Day race.

The test achieved the team’s goal of not only getting him some seat time, but also to work on a setup for the race.  Both of these achievements proved to be a great momentum builder for Coughlin.

“It’s super exciting,” Coughlin exclaimed.  “It is everybody’s dream in racing to race at Daytona and hopefully win.  I think we have the opportunity to do that with Venturini Motorsports.  The no. 55 JEGS Toyota Camry should be strong and I am excited to get back down there next month.  It will be a dream come true.”

Along with the support from JEGS, Joe Gibbs Racing and Venturini Motorsports, Cody Coughlin continues to receive great support from his family that includes his parents, John & Di, and his sister, Kennedi.

“I really appreciate what everyone has done for me and all the sacrifices that have been made for me in 2015” Coughlin said.  “My family continues to stand behind on me in assisting me of reaching my goal to get the highest level of racing.  Last year, we made a big jump and hopefully we can leap higher 2015 together.  The Lord has truly blessed me with a great opportunity.”

Fans will have a chance to meet Cody from 12:30-2pm on Saturday, February 14th during the ARCA All-Access/Open Garage session.  Cody will be at the Venturini Motorsports garage to meet and sign autographs.