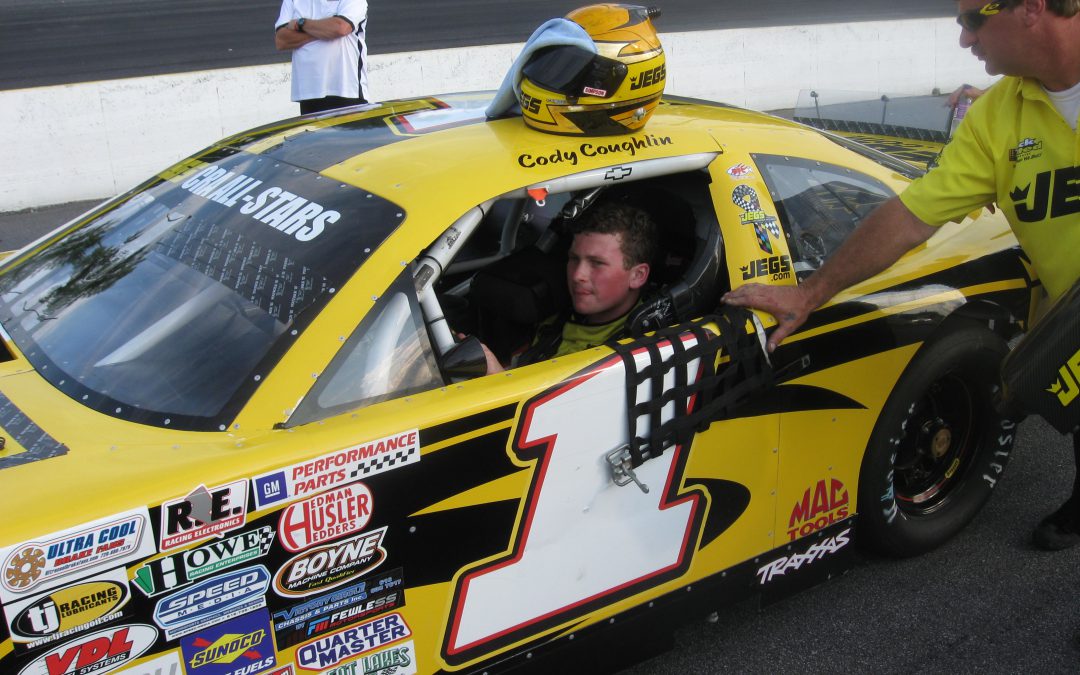 SMITHTON, Pa. (Sept. 4) — Cody Coughlin returns to action this Saturday with the Piney V Late Model 100 at Motordrome Speedway. The 100-lap race will give the third-generation racer another chance for glory in his #1 JEGS.com Chevrolet, which has proven to be a frontrunner throughout 2012.

"We've had a little break since our last race and I didn't realize it a few weeks ago but I think I needed the rest," the 16-year-old Coughlin said. "The school year has started and I needed to focus my attention on that so I could get back into the rhythm of doing my school work. My education always comes before anything I do at the racetrack.

"At the same time, I'm excited about getting back in the JEGS Chevy and competing again. I've never raced at this track but the trophy they're giving out is very cool so I'd love to bring it back to Ohio with me."

The brief downtime also gave crew chief Butch VanDoorn and his star-studded crew a chance to go over their racecar from bumper to bumper, while also searching for more horsepower on the engine dyno.

"There are always things the guys want to try to make the car better," Coughlin said. "It's a never-ending quest. There's always some tweak that can be made to the car or something that might gain you a few horsepower. You can never stand still in this sport. If you do, you'll get passed."

Coughlin and his father John, along with team manager Kevin Hamlin, also used their time off to take a trip to the AdvoCare 500 at Atlanta Motor Speedway to watch the latest NASCAR race in person. It was a learning experience for the younger Coughlin, who admits he doesn't quite take in races they way he once did.

"Each time I go to a NASCAR race I get more and more out of it," Coughlin said. "As my own driving develops, I'm able to see things like certain lines that are faster than others, or how someone sets up another guy for a pass, and it makes the whole thing a giant learning experience for me. It was like going to school for me this time. I have lots to talk about with Scott (Wimmer) and Bubba (Pollard).

"It's going to be a fun weekend in Pennsylvania. My sister Jelly (Kennedi) is coming along and I feel really blessed to have my entire family with me every race."

Gates open at noon with Late Model practice sessions scheduled for 2:50 and 3:45 p.m. Time trials will start at 6 p.m. A total of 28 cars will fill the starting grid, including the top 20 from time trials, the top four finishers of a B-main as determined by the speedway scorers, as well as four provisional starting spots given by the TBRA and Motordrome Speedway. The Piney V Late Model 100 will get underway at 9 p.m.