Cody Coughlin Ready to do Battle in Music City 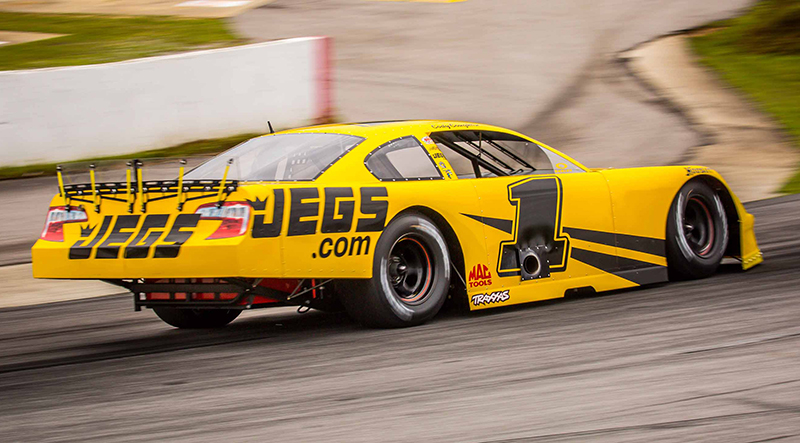 It’s the North versus the South and Nashville, Tennessee is the battleground.  No, it’s not the Civil War, but instead it’s the North/South Super Late Model Challenge at the Fairgrounds Speedway in Nashville.

That’s where Cody Coughlin is set to fight it out with Super Late Model racing’s best for a win in a new and unique event.

The event is split into two days on April 8 and 9.  The first day will see two 50-lap races.  One for the ARCA/CRA Super Series, and one for the Southern Super Series.  The top-12 finishers from each race will transfer into Saturday’s 75-lap showdown.

“I think the format is really interesting,” said Coughlin.  “Friday’s races will be tough, but if we can have a good run then, I imagine we will have a fighting chance at the win on Saturday.”

The Fairgrounds Speedway is a big, fast, high-banked half-mile oval with plenty of history.  Legendary drivers such as Darrell Waltrip have gone to victory lane at the Fairgrounds.

The 20-year-old Coughlin has raced at the Fairgrounds before and raced well.  He has scored a pole there in a weekly Pro Late Model race and has also finished as high as second in past events.

But a win at the legendary facility still eludes him.  And that’s something he hopes to change at the Challenge.

“Any win is awesome, but some wins are just a little extra sweet,” he said.  “Nashville is one of the most historic tracks we race at, right there with Winchester and Salem.  So a win there would be really cool to score.”

The trophy for this race in Music City is a mini jukebox.  If Coughlin takes the win he’ll be able to load it up with some hits by his favorite musicians like Def Leppard and Foreigner, and that’s something that Coughlin would love to be able to do.

“I really want that jukebox,” said Coughlin.  “But really I’m just glad I have a chance to race for it.  I’m so thankful for my parents, Di and John, plus my team members, Jack Smith (crew chief), Kevin Hamlin (team manager), Scott Wimmer (spotter) and Dave Holt (crew member) for all of their hard work.  Hopefully I can pay them back by scoring a win.”