CODY COUGHLIN TAKES ON TWISTS AND TURNS IN CANADA 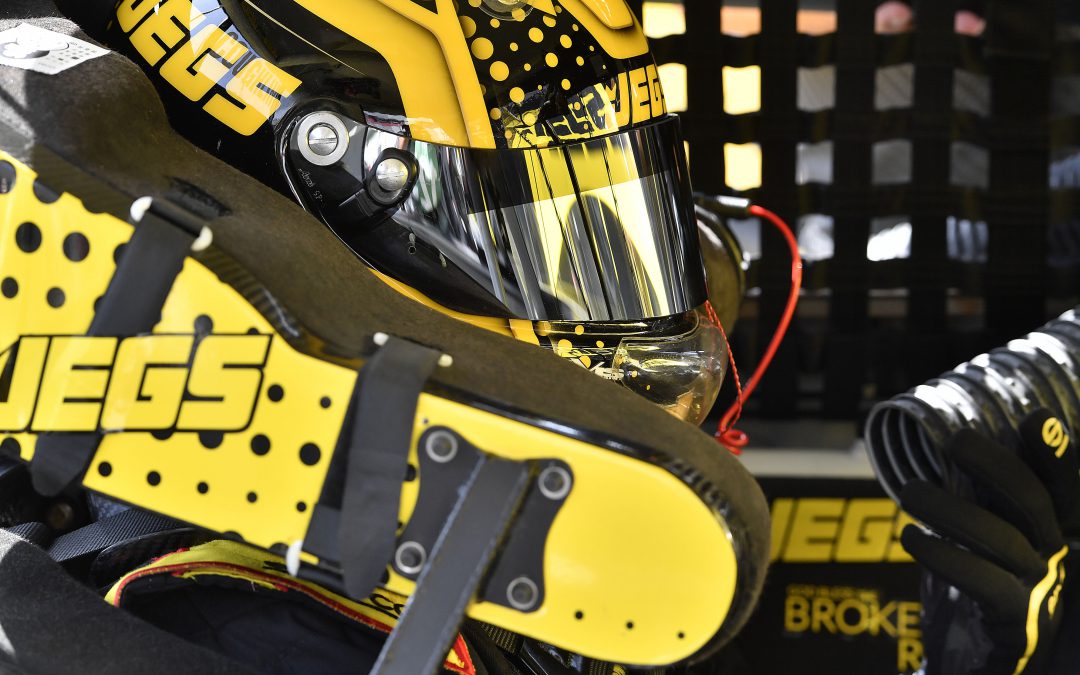 STATESVILLE, N.C. (August 23, 2018)—Cody Coughlin, driver of the No. 2 JEGS Chevrolet Silverado, will leave the ovals behind this week and head to the twisting turns as the NASCAR Camping World Truck Series (NCWTS) travels to the Canadian Tire Motorsport Park for its only international appearance for the Chevrolet Silverado 250.

The action at the Canadian Tire Motorsport Park the last few seasons has been very rough and tumble, and, in fact, resembles more of the expected short track oval action due to all of the contact. As the first event of the NASCAR Camping World Truck Series Playoffs, the Chevrolet Silverado 250 will be no exception, so expect to see fender-beating action in this installment.

The 10-turn, clockwise circuit is the only road course on the NASCAR Camping World Truck Series schedule, and features long straightaways, high-speed corners, esses and elevation changes, all of which combine to form one of the most interesting races of the season.

“Our No. 2 JEGS Chevrolet Silverado team is excited to go to the Canadian Tire Motorsport Park, and I anticipate that we will do well this weekend,” Coughlin said. “I have been working with Ron Fellows (Canadian Tire Motorsport Park co-owner) and other road course veterans in preparation of this event. I am excited to know that this year I will be better prepared because of more detailed notes and valuable simulator time.

“Last year, I over-drove the corners and never really got a good feel for the track. My focus this year will be to be smoother and to find a rhythm.”

When it comes to road course racing, Coughlin has honed his skills in recent seasons to become the best driver he can be by refining reflexes and driving techniques. The driver of the No. 2 JEGS Chevrolet Silverado attended the Ron Fellows Performance Driving School at the Spring Mountain Motorsports Ranch in Pahrump, Nev., and Chris Cook Performance coaching to gain a competitive edge. That effort and knowledge will come in handy at the Canadian Tire Motorsport Park.

Coughlin has one road course start (Canadian Tire Motorsport Park) in the NASCAR Camping World Truck Series. The Delaware, Ohio, native has earned other road course experience through an Automobile Racing Club of America (ARCA) Racing Series start at the New Jersey Motorsports Park in 2015, which resulted in a sixth-place finish.

Since entering the NASCAR Camping World Truck Series in 2013, the Statesville, N.C.,-based GMS Racing team has logged 10 starts at the Canadian Tire Motorsport Park, resulting in two top-five finishes and six top-10 finishes, with an average starting position of 9.3 and an average finishing position of 12.3 with 21 laps led at the Bowmanville, Ontario, Canada,-facility.

GMS Racing competes full-time in the NASCAR Camping World Truck Series with drivers Johnny Sauter, Justin Haley and Cody Coughlin, and also in the NASCAR Xfinity Series with Spencer Gallagher. Since the team's start in 2014, GMS Racing has grown to occupy several buildings located in Statesville, N.C. The campus also includes operations for GMS Fabrication. More information can be found at https://gmsracing.net/.