CODY COUGHLIN TO CONQUER THE MONSTER MILE IN THE JEGS 200 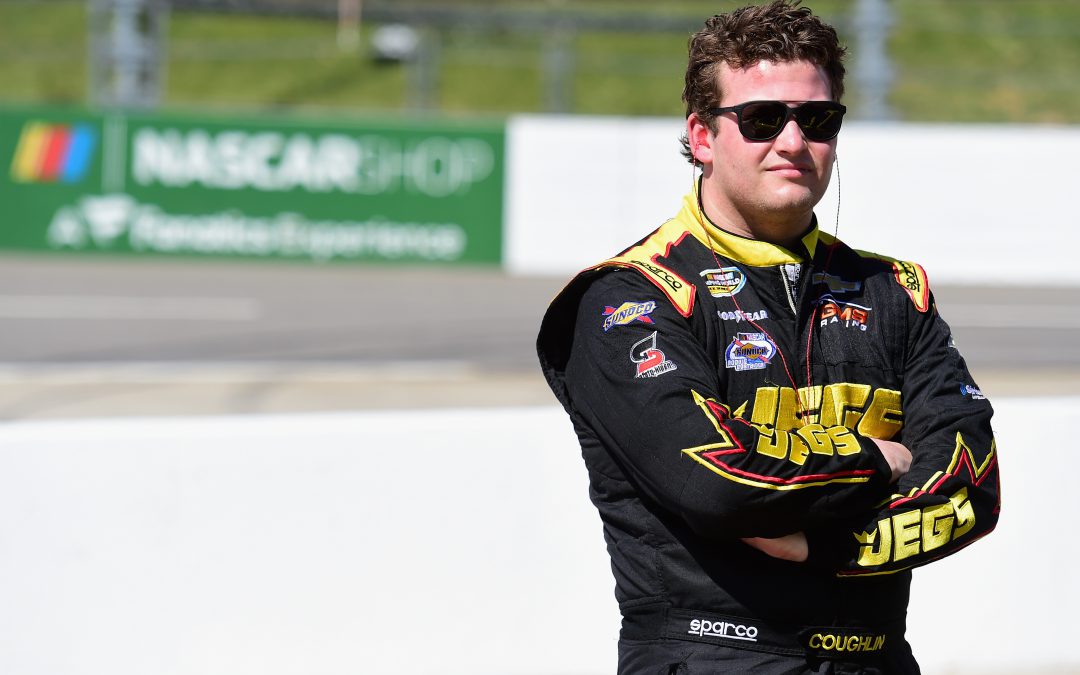 JEGS, Coughlin to have strong presence at the Dover International Speedway

STATESVILLE, N.C. (April 30, 2018)—After five weeks away from the track, the NASCAR Camping World Truck Series (NCWTS) hits the road again this week, heading north to the Dover (Del.) International Speedway for the first time this season for the JEGS 200. With its 24-degree turns, slick concrete surface and intimidating reputation for tough treatment, the Dover International Speedway has more than earned its nickname of the “Monster Mile.” Cody Coughlin, driver of the No. 2 JEGS Chevrolet Silverado for GMS Racing, and partner JEGS Automotive, Inc., will together take on “Miles the Monster,” the track's ominous mascot, this weekend for the NASCAR Camping World Truck Series JEGS 200 on Friday, May 4.

JEGS is already a seasoned partner throughout NASCAR, having been involved in the sport through team sponsorships, driver endorsements, and a Monster Energy NASCAR Cup Series (MENCS) contingency sponsorship. While JEGS has had a presence in NASCAR for years, and has been a longtime supporter of Coughlin, this marks the first time the leading brand in the e-commerce world of high performance automotive parts will have a race entitlement sponsorship in NASCAR. In addition to the sponsorship of the 200-lap event, JEGS has stepped up its sponsorship to become the “Official Aftermarket Automotive Parts Retailer of the Dover International Speedway,” and will have a significant presence at the track.

"I am excited to get back in the No. 2 JEGS Chevrolet Silverado. This weekend at the Dover International Speedway is extra exciting due to JEGS being the presenting sponsor for the JEGS 200. In addition, we have many great things to highlight this weekend,” Coughlin said. “Our GMS Racing team is looking forward to trying to tame the ‘Monster Mile.’”

One of the best parts of the NASCAR community is the willingness of its racers to rally behind a good cause. To help generate awareness for Autism, Coughlin will be showing his support for Autism Delaware’s mission throughout the race weekend at the Dover International Speedway by displaying a puzzle piece decal on his No. 2 JEGS Chevrolet Silverado. In addition, Coughlin will place the name of Bryce Bowshier on the puzzle piece. Bryce is touched by autism, and is the son of John Bowshier, a JEGS employee and friend to the Coughlin family. Coughlin will place a second puzzle piece decal for Cody Cook, the son of Terry Cook, spotter for Coughlin, whose son is also affected by autism. Both young men on the autism spectrum are very special to the Coughlin family, and have created personal connection to the cause.

During the NASCAR Camping World Truck Series JEGS 200, Coughlin and the GMS Racing No. 2 JEGS team will host Airmen from the Dover Air Force Base as honorary pit crew members. The 22-year old has a strong commitment to the military, and recognizing the nation's veterans and military families.

Coughlin had the opportunity to show that commitment in a unique way; Coughlin has a featured cameo role in the upcoming “God Bless the Broken Road,” a film set to hit theaters on September 21. Coughlin’s appearance comes alongside stars Kim Delaney, Robin Givens, Gary Grubbs, Makenzie Moss, Lindsay Pulsipher, Jordin Sparks, LaDainian Tomlinson, and Andrew Walker. The film combines the elements of faith, country music and stock car racing, and pays strong tribute to those who serve in the military and their families. A portion of the profits from the movie will be donated to charity, including through “God Bless the Broken Road’s” partnership with Disabled American Veterans (DAV).

This weekend marks Coughlin’s second Dover International Speedway appearance with the NASCAR Camping World Truck Series. The Delaware, Ohio, driver started the 2017 edition in the 17th-place, and finished in the 16th-place at the “Monster Mile.”

Coughlin will pilot Chassis No. 118 in the JEGS 200 at the Dover International Speedway. The Jerry Baxter-led team last unloaded this GMS Racing-prepared chassis at the Atlanta (Ga.) Motor Speedway on February 24 in the chassis’ first appearance of the 2018 NASCAR Camping World Truck Series season. In the chassis’ last appearance at the Dover International Speedway, teammate Johnny Sauter was victorious in the 200-lap event after starting in the 11th-place at the one-mile track.

The NASCAR Camping World Truck Series driver will get his shot at taming “Monster Mile,” as Coughlin is poised for success with an elite team whose experience and success at the high-banked, concrete oval track will provide the key insight to ensure maximum opportunity for a strong finish.

Baxter, crew chief for the No. 2 JEGS Chevrolet Silverado, has four top-five and five top-ten finishes in the NASCAR Camping World Truck Series at the Dover, Del.,-facility in six starts. In addition, he has one top-five finish in 12 NASCAR Xfinity Series (NXS).