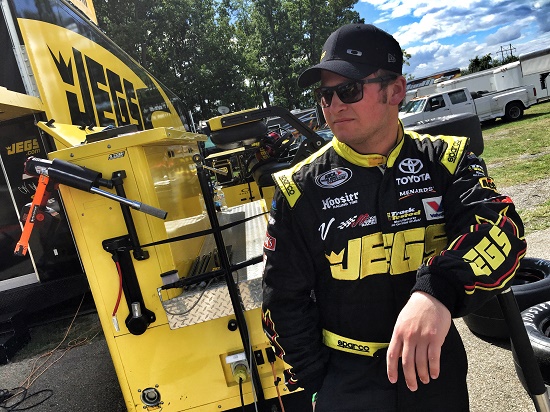 Joe Gibbs Racing development driver Cody Coughlin is set to make a big announcement on Thursday evening on NASCAR Race Hub on FOX Sports 1.  The rising young star will be announcing his next step on his ascension to the big leagues of NASCAR.

The 19-year-old  has raced in numerous series in America in 2015.  Most recently, he scored a second-place finish in the legendary Winchester 400 event in Indiana while driving his No. 1 Toyota Camry Super Late Model.

Coughlin has also made two starts in the NASCAR Camping World Truck Series and was on the verge of a top-10 finish in his first start with Kyle Busch Motorsports when an incident ended his day at Michigan Int’l Speedway.