CODY COUGHLIN TO MAKE THIS HIS OWN FIELD OF DREAMS 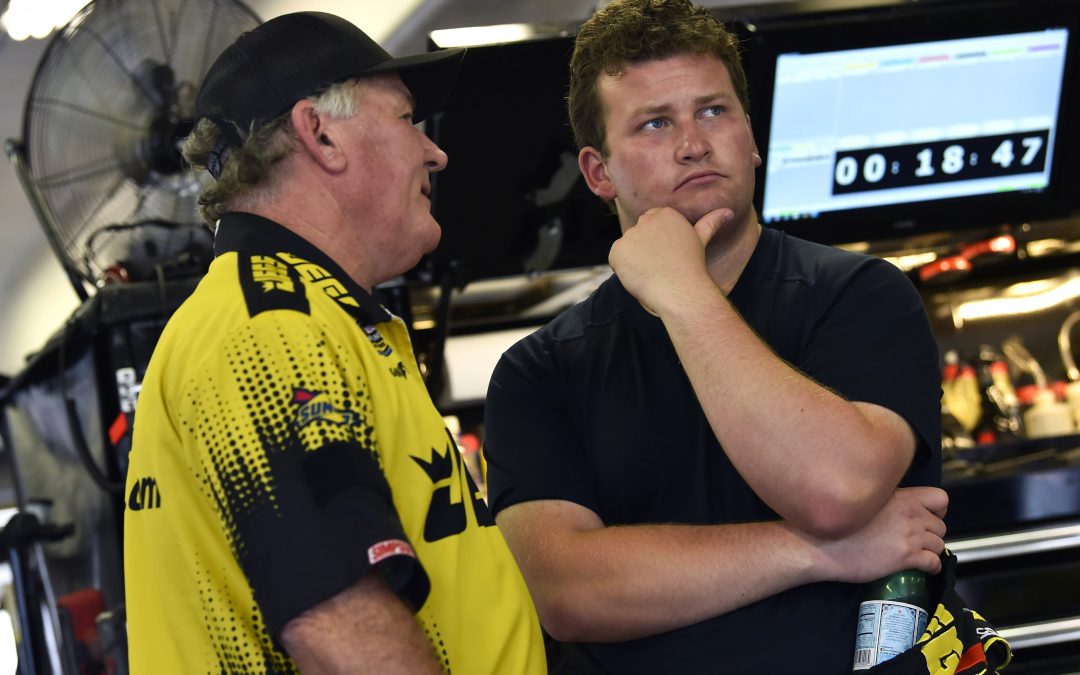 STATESVILLE, N.C. (June 13, 2018)—Located just outside of Des Moines, Iowa, and surrounded by acres of corn, NASCAR Camping World Truck Series (NCWTS) drivers know it is a tough test to reach the ‘Infield of Dreams’ as the victor at the Iowa Speedway. The ‘Fastest Short Track on the Planet’ will host the NASCAR Camping World Truck Series M&M’s 200 presented by Casey’s General Store on Saturday, June 16, with 200 laps of confined, tight racing. It offers a daunting challenge for Cody Coughlin, driver of the No. 2 JEGS Chevrolet Silverado, who will be fighting at over 130 miles per hour for the same piece of real estate as everyone else.

Decades after Kevin Costner's supernatural baseball diamond rose from an Iowa cornfield in the movie Field of Dreams, the same story played out for NASCAR Hall of Fame inductee Rusty Wallace, who designed this track. Under the lights of the Iowa Speedway, Coughlin hopes to fulfill his destiny by winning his first NASCAR Camping World Truck Series event of the 2018 season, in perfect movie storytelling fashion.

Iowa is known as the ‘Field of Dreams’ after all, and after the increased pace of the last several races, it feels like the right place.

“The Iowa (Speedway) is its own unique place,” Coughlin said. “Being a short track, you need to have drive off the corner.

“Last year I struggled a bit, but I know when we go back to the Iowa Speedway our team will have a better run. GMS Racing has been working hard on their short track program, and I know that we will have a good grasp of the track as soon as we unload our No. 2 JEGS Chevrolet Silverado.”

In NASCAR Camping World Truck Series starts on short tracks (less than one mile in length), Coughlin has five starts.

Coughlin will pilot Chassis No. 118 in the M&Ms 200 presented by Casey's General Stores at the Iowa Speedway. The Jerry Baxter-led team unloaded this GMS Racing prepared chassis at the Dover International Speedway on May 4, where Coughlin posted a sixth-place finish after starting in the 18th-place.

Since entering the NASCAR Camping World Truck Series in 2013, the Statesville, N.C.,-based GMS Racing team has logged 11 starts at the Iowa Speedway, resulting in three top-five finishes and seven top-10 finishes, with an average starting position of 9.5 and an average finishing position of 10.8 with 76 laps led at the Newton, Iowa,-facility.

Baxter, crew chief for the No. 2 JEGS Chevrolet Silverado, has three top-five and five top-10 finishes in the NASCAR Camping World Truck Series at the Iowa Speedway in eight starts, and one pole (2014). In addition, he has one top-five finish and one top-ten finish in three NASCAR Xfinity Series (NXS) starts, as well as one pole.