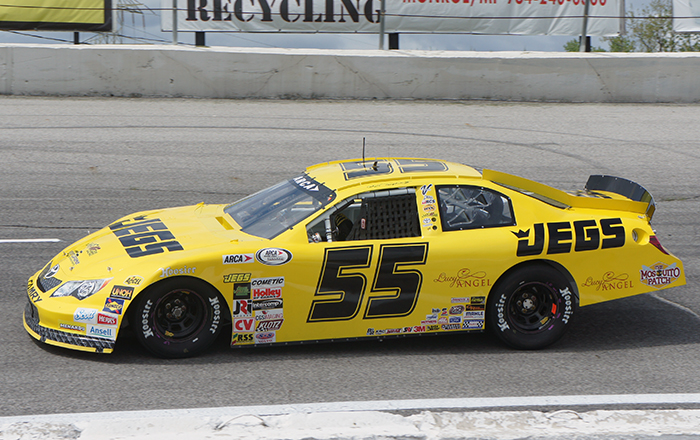 “The car was a little bit tight in the center which forced it to be a tick loose off the corner,” said Coughlin of his qualifying run.  “I probably left a tenth out there when I got in the dirt a little bit, but overall I think it was a very solid effort.   The car was fast and really consistent all day in race trim so we’ll just go get them in the race tomorrow.”

“I think we’re going to start a little bit better than we would have if we started by points,” Coughlin said.  “The Venturini Motorsports crew did a great job all day getting our JEGS.com Toyota in a position where I think we can be very competitive during tomorrow’s race."

The green flag will wave on the Menards 200 at 2pm ET at Toledo Speedway on Sunday.   Fans can meet Coughlin during an on-track autograph session at noon.   Fans not able to make it to the track can watch the race live on FOX Sports 1.