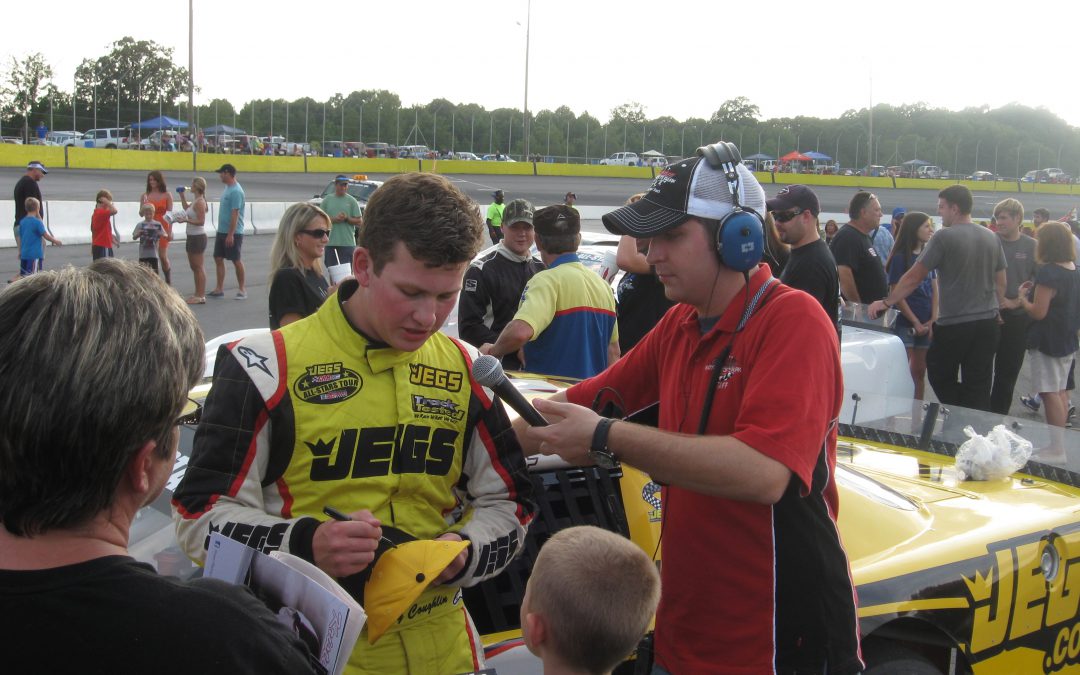 The 16-year-old Coughlin likely would have finished higher had the race been a typical event on a short track, but the 100-lap race went caution free, meaning Coughlin had to make up the seven positions he gained on his own.

Coughlin carried high hopes into , where he'd recorded a pair of top-10 finishes in two prior races at the half-mile track this year. Coughlin's JEGS.com team – lead by team manager Kevin Hamlin and crew chief and backed by spotter Scott Wimmer and driver coach Bubba Pollard – gave him a good car, as Coughlin was second-fastest in practice.

"We were really good early," Coughlin said. "I actually think we had the car to beat."

After an adjustment to the car prior to qualifying, though, Coughlin ended up starting 15th for the feature race.

"We win as a team and we lose as a team," Coughlin said. "We just made an adjustment before qualifying, and it wasn't a good one. We had a little miscommunication between me and the crew on how they wanted me to drive it."

But there was no finger pointing, and Coughlin and the team simply prepared for the 100-lap race.

"We started 15th, which is not good, but finished in the top 10 – so we'll take that, for sure," Coughlin said. "Although I think we were capable of more."

Coughlin made steady progress throughout the race, getting to 11th by lap 30. Just past the halfway point Coughlin was in the top 10, and with nine laps remaining, Coughlin charged into eighth.

Short tracks usually produce numerous cautions, bunching the field and allowing drivers to get closer. Had Coughlin been able to restart closer to drivers ahead of him, he likely could have picked up more spots.

"This is a high-speed track and there's usually some wrecks," Coughlin said. "It's a little bit surprising there wasn't one, but that's the way it goes. We still had a good night."

The race was even better because of the support team behind the scenes from his family — mom Di, dad John and little sister Kennedi.

"They always manage to make it feel more like home wherever we go," Coughlin said. "My sister was busy making lollipops and doing handstands in the motorhome. There is never a dull moment.

"Of course I thank God for giving me all of the blessings, even under a challenging situation."