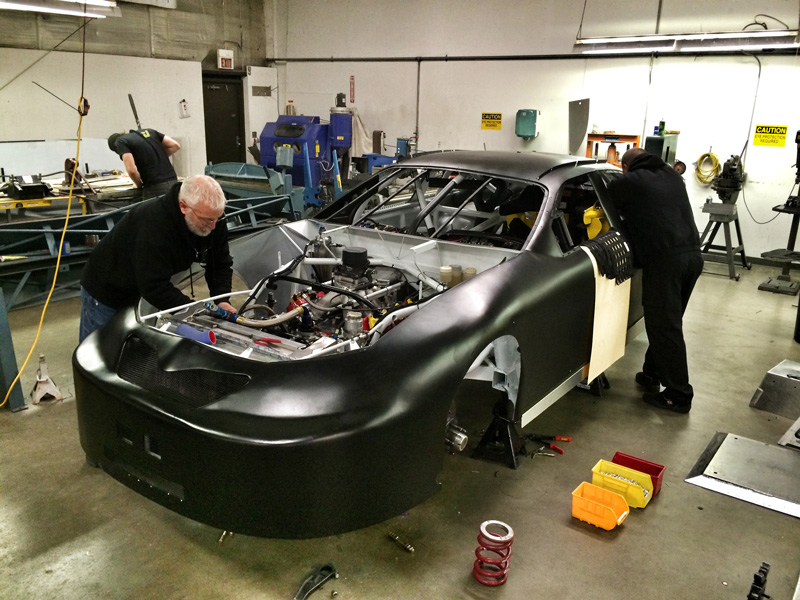 The Joe Gibbs Racing Development driver will live a dream this weekend as he takes his first laps behind the wheel at the “World Center of Racing,” Daytona International Speedway in Daytona Beach, Florida.  Cody will participate in the two-day ARCA Racing Series test on Friday, December 19th and Saturday, December 20th.  Sunday, December 21st is an option as a potential rain date.

Back with Venturini Motorsports in 2015

Coughlin recently announced he would compete in a 10-race schedule in the ARCA Racing Series in 2015 with Venturini Motorsports.  Dave Leiner will return as his crew chief.  Last season, Coughlin made 11 ARCA Racing Series starts with three top-five and eight top-ten finishes.

The 19-year-old from Delaware, Ohio is eager for this weekend’s test session at Daytona.  One of his goals is to learn how to work in the draft.  Another goal is to keep building chemistry with his crew chief Dave Leiner and his Venturini Motorsports crew as they approach their 2015 campaign.

Back Where it Started

Daytona International Speedway has a special personal meaning for Cody Coughlin.  He attended his first NASCAR race at the 50th Anniversary Daytona 500 in 2008.  The race was his official introduction to NASCAR and recalls it as a great experience that inspired him to race stock cars.  Cody also won his first Late Model event in 2013 just down the road from Daytona at New Smyrna Speedway.

Merry Christmas To All

When Cody Coughlin was recently asked about his favorite Christmas gift of all time, he quickly reminded everyone of the real meaning of Christmas, the birth of Jesus Christ.  Every year, he is thankful for the blessings he has received and enjoys spending the holiday season with family and friends.

Cody, the Coughlin family and the Team JEGS crew wishes you all a Merry Christmas and a blessed holiday season.