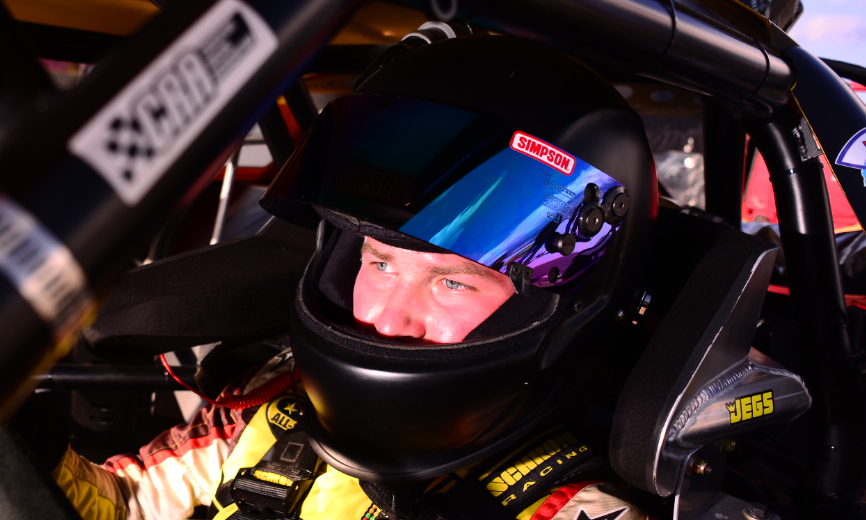 After his family set records and won championships on the drag strips of North America for more than five decades, Cody Coughlin took his racing career in a left-hand-turn direction in recent years.  He was determined to be the first Coughlin to see circle-track success.  With just three years of circle track experience, Coughlin became a champion of the Late Model ranks in 2013.  He earned the JEGS/CRA All-Stars Tour championship and scored victories from Florida to Michigan at the age of 17.

Now, Coughlin is looking to make his next step into carving the family name into the record books at the top levels of the stock car scene.  The now-18-year-old will announce his affiliation with a championship-winning NASCAR organization and his 2014 racing plans this Wednesday, March 5 on FOX Sports 1's" NASCAR Race Hub" program at 4pm ET.

"I'm extremely excited to get to make this announcement on 'Race Hub' and to get my 2014 season kick-started," said Coughlin, a native of Delaware, Ohio.  "God has blessed me and my family with some wonderful opportunities both on the tack and off for 2014 and beyond. I can't wait to get on the track with the support of a great organization in the coming weeks."

Tune in to "NASCAR Race Hub" on FOX Sports 1 this Wednesday, March 5, for the announcement on Coughlin's 2014 racing schedule and team affiliation.  Check local listings for the broadcast time and local channel location.  Coughlin will also be a guest on Sirius/XM NASCAR Radio Wednesday following his "Race Hub" appearance.