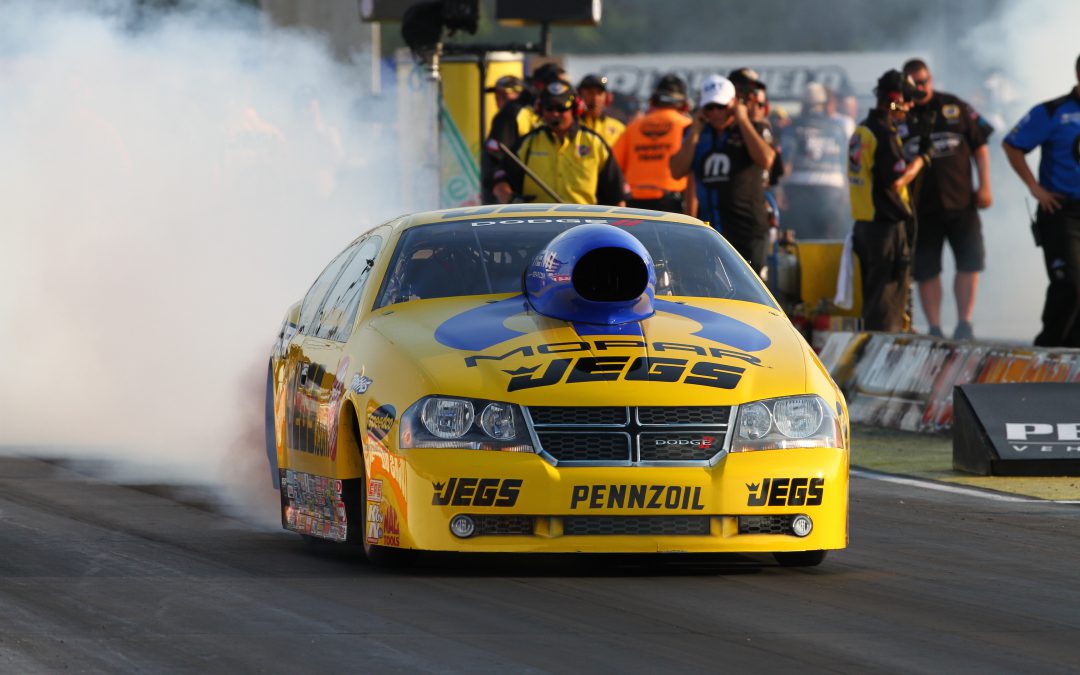 INDIANAPOLIS (Sept. 1) – JEGS.com/Mopar Dodge Avenger driver Jeg Coughlin Jr. has raced 13 times in the U.S. Nationals, but the four-time Pro Stock champion is as fired up as he's ever been for Monday's eliminations at Lucas Oil Raceway.

Why? For starters, of course, it's the U.S. Nationals, NHRA's most prestigious race. Coughlin secured the No. 3 qualifying position in Pro Stock, giving him a favorable spot from which to try to win his fifth U.S. Nationals title.

And this year's edition has been fun and challenging for drivers and teams, as they've had to face changing weather conditions through the three days of qualifying.

"It's going to be an exciting day," Coughlin said of race day. "There's no better backdrop than Indy to have these types of changes for the crew chiefs and the drivers. The fans have been packing this place all week, too.

"We kicked it off in grand style earlier in the week with the preview of the "Snake and Mongoose" movie. It's got me as jacked as ever."

"I was really happy with my car in both runs today," Coughlin said. "Going into Monday, gameday, I couldn't be more confident."

Coughlin is hoping to bounce back from a first-round defeat in Brainerd, Minn., and return to the form that sent him to two consecutive final rounds, in Sonoma and Seattle.