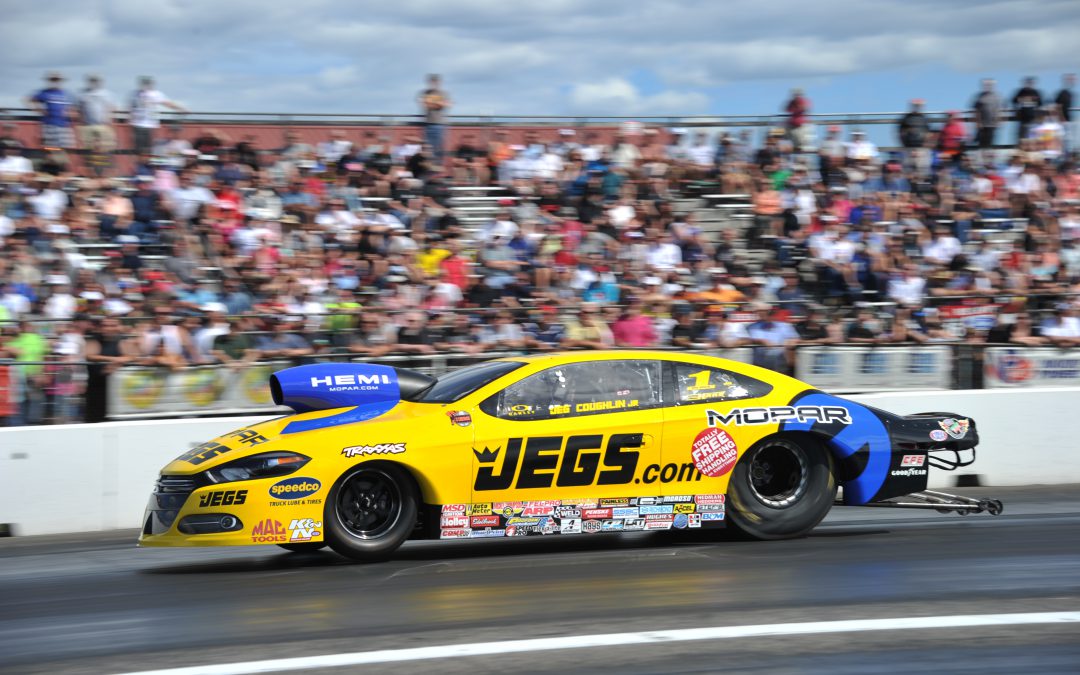 "We certainly didn't have the day we were looking for," said Coughlin, who hadn't lost in the first round of eliminations since February. "We had a $50 part break. One of the clutch fingers broke about midway through fourth gear. The engine started accelerating, but the car quit pulling. I'm surprised as heck that it still ran a 6.56 as it did. I knew it didn't break the motor but I was pretty certain it broke something in the clutch."

Even though his day ended because of a minor mechanical issue, Coughlin feels better knowing his teammate moved on to the second round. He is, however, more than ready for what Chicago may hold for him and the JEGS.com team next weekend.

"I tried to stay with it," Coughlin said, "but I saw old blue over there. Allen just kind of popped around me there and took the win. I guess if you're going to have some misfortune, you'd certainly rather have it next to your teammate, so from that aspect it worked out OK. We've been on such a good run here the past six, seven weeks that I hate to see something little like that put us back a little bit, but it'll fuel us up for the next race."

Coughlin and the team will shift their focus to the next event on the 2014 NHRA Mello Yello Drag Racing Series schedule, the Route 66 NHRA Nationals, June 26-29, at Route 66 Raceway in Chicago.