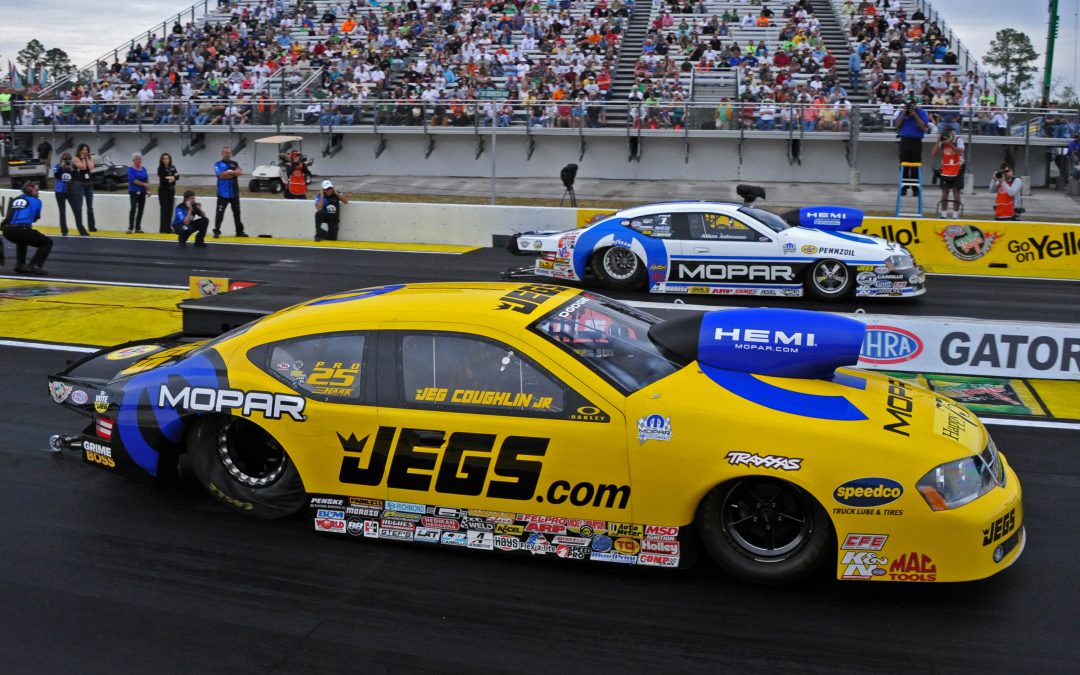 Coughlin, a four-time Pro Stock champion, lost in the final to teammate Allen Johnson for the second time in three races this season, this time on a holeshot.

"It was a great race," Coughlin said of the Gatornationals. "Bottom line, we've been to three races and have made it to two finals. We'd like to come up on the good side of those finals, but we haven't just yet. We'll keep giving it a go."

Coughlin hopes his team's continued performance will soon lead to a victory.

"Nothing's guaranteed, that's for sure, but I feel good about our chances," Coughlin said. "I've been pretty consistent and competitive behind the wheel, and the guys have given me a great race car, which is just fantastic. When A.J. and I put this deal together, it truly was to have one team with two cars. Today couldn't have exemplified that more.

"I was happy for him to win. Of course, I wanted to, but it went his way today. Maybe next time it'll go mine."

Coughlin made the quicker pass in the final, 6.514 seconds at 212.26 mph to Johnson's 6.535 at 212.59 mph, but Johnson was a touch quicker on the Christmas Tree – a rarity for Coughlin, who is regarded as the best in the class on reaction time.

"We made an engine swap going into the final," Coughlin said. "I saw the number on the engine; it was the engine we ran at Pomona, and I knew it was more than capable of running a high .40 or low .50. I was shooting to be high teen to .020 (on reaction time) and run a .49. I felt like if he could get on that, then God love him.

That put Coughlin against No. 1 qualifier Mike Edwards, who set the national elapsed-time record in Gainesville this weekend. Coughlin again left first, this time with a .005 light, but Edwards was soon out of power after shaking the tires. Coughlin's run was 6.525 seconds at 211.30 mph, but there was an issue at the top end.

"It popped a motor about 1,200 feet or so against Edwards," Coughlin said. "Obviously, Mike had problems, which you don't know at the time, nor would you change your plan anyway. Right as I was approaching the finish line, I felt it let go. I said, 'I hope I'm there.'"

Coughlin was there, of course, but he came up just short in the final.

"I felt great today. We made three great laps going into the final."