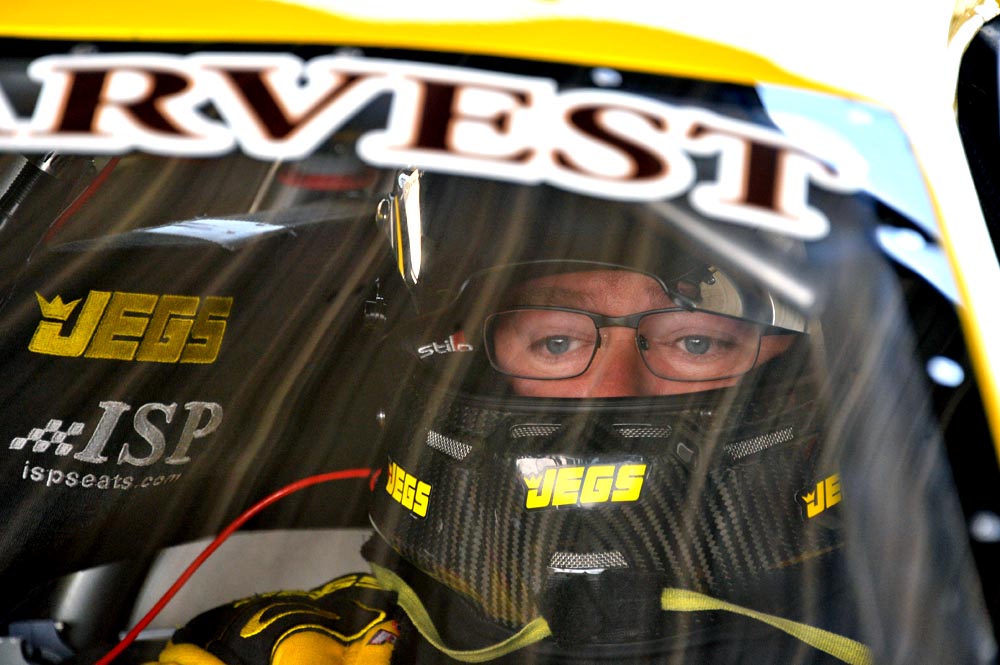 ST. LOUIS (Sept. 28) – Even after a second-round loss in the AAA Insurance NHRA Midwest Nationals on Sunday, JEGS.com Pro Mod driver Troy Coughlin leaves Gateway Motorsports Park with a smile on his face – and a Wally.

Coughlin went to victory lane Saturday after winning the Pro Mod race originally scheduled for zMax Dragway in Charlotte. That event was completed at Gateway this weekend, giving Coughlin a chance to double-up Sunday.

But despite getting off the line first Sunday against Von Smith in the Precision Turbo & Engine Pro Mod event, Coughlin couldn't advance to the semifinals.

"We're definitely not hanging our head," Coughlin said. "We had a great weekend. (Son) T.J. did well, and (brother) Jeggie's still in. We won the Charlotte race, so it's a good weekend. Not a bad weekend at all, for sure."

"Those guys made a pretty good run, and we made a decent run," Coughlin said. "We were running them down to the wire down there, chasing him down. I think they shortened the track up on us – that's my excuse anyway."

Coughlin was kidding, of course.

Smith's margin of victory was .0088 seconds, or about three feet, over the St. Louis No. 1 qualifier.

Coughlin remains in the thick of the Pro Mod championship chase, as points leader Rickie Smith fell in the third round Sunday.

"We're going to chase him down to the end," Coughlin said. "There's no doubt about that. We're nipping at his heels, and we're going to continue nipping until we get to the banquet."