Coughlin Excited for Return to High Banks of Winchester Speedway 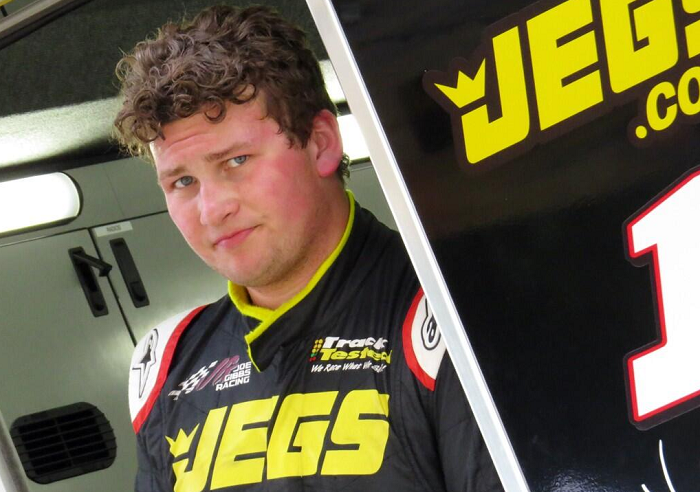 Fresh off of making two consecutive ARCA Racing Series starts at superspeedways, 18-year-old Joe Gibbs Racing Development Driver Cody Coughlin is excited to tackle the high-banks of Winchester Speedway (IN) this Sunday, July 6, for the Herr’s Chase the Taste 200.  Coughlin, the driver of the No. 55 JEGS.com Toyota for Venturini Motorsports, enjoyed his time learning the superspeedways and is now looking forward to returning to his short track roots this weekend.

“I believe that we ran well at Pocono and had potential at Michigan, but we just didn’t have a long-run car,” said Coughlin.  “I think we’ve made some good changes to make our superspeedway program better.  I’m excited to see how that goes, but at the same time I am looking forward to getting back to one of my favorite tracks in Winchester.”

Coughlin, of Delaware, Ohio, has previously experienced success on the half-mile Winchester oval in a Super Late Model and hopes that success will transfer over to the ARCA Racing Series.

“I feel like I get around there pretty good and I think I’ll be able to give some good feedback in order to get a good piece under us for the race,” said Coughlin.  “We’re going there Saturday and I don’t believe it will take long to get acclimated to the place where I’ve been there a number of times.  We’ll get the car dialed in and I have a good feeling that we’ll be a real threat to contend on race day.”

Driving a heavier type of stock car than what he has previously driven at Winchester Speedway, Coughlin anticipates that there will be minor adjustments that he will need to make to his driving style but expects the learning curve to be small.

“I think it’s not so much the horsepower, but rather the weight of the car that forces you to watch your entry into the corner a little bit more,” said Coughlin.  “In a Late Model you can drive it right in there and sling it up next to the wall.  You may just have to be a little more careful with a heavier car, but I should be able to run the same line while just being a little more careful with some of the finesse points of a lap.

“I believe it will take me a little time in the car during practice to get used to it, but we’ll be fine.  I’m sure we will be.”

As he gears up for his sixth ARCA Racing start on his 12-race schedule, Coughlin continues to be thankful for the great people that have supported him during his journey driving stock cars.

“Every time I begin gearing up for a big race weekend like this it reminds me of how thankful I am to have this great opportunity driving in the ARCA Racing Series,” said Coughlin.  “God has blessed me with an awesome opportunity and I’m so thankful for the great amount of support I’ve received from my mom (Di), dad (John), and sister (Kennedi) during this experience.”

Coughlin will kick-off his weekend on Saturday, July 5 at 12pm ET when the ARCA Racing Series hits the track for the first of two practice sessions on the Winchester oval.  Fans in attendance on Sunday will have the opportunity to meet Cody during an on-track autograph session at 12pm ET.

The green flag is scheduled to wave on the Herr’s Chase the Taste 200 at 2pm ET on Sunday.  Fans unable to attend the event can watch the race live on the CBS Sports Network.