Coughlin Excited to Race in His Home Away From Home 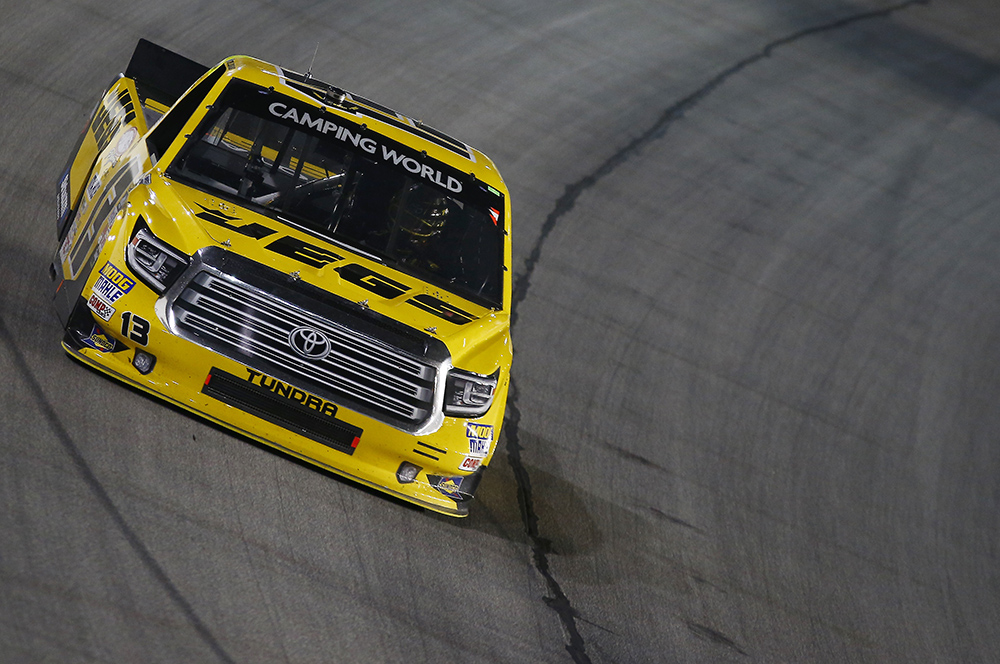 Cody Coughlin has raced in many locations across the continent of North America throughout his racing career, but he’s never raced in Miami, Florida, the place he refers to as his second home. However, that will finally change on Friday night when Coughlin takes the green flag in the season finale for the NASCAR Camping World Truck Series, the Ford EcoBoost 200 at Homestead-Miami Speedway.

“I’ve always loved going to the beach, specifically in Miami,” said Coughlin.  “Jet-skiing is one of my favorite things to do, so I make sure to do that every time I’m in Miami.  The city is just fun. It has an interesting international vibe to it and a lot of unique food choices.  If I was to ever move out of Ohio, Miami is probably where I’d want to be.”

Coughlin has raced in Las Vegas; he’s raced in Texas, New Hampshire, and just about anywhere in between. He’s also raced north of the border in Canada. However, Friday will be the first time he straps into his JEGS.com/RIDE TV Toyota Tundra for ThorSport Racing in sunny Miami, and that is something he is very excited about.

“I’ve always loved Miami, but it’s always been a vacation spot for me. This week we’ll get to combine that with the race on Friday night at Homestead-Miami Speedway. It’s a new track for me, so that’ll be interesting. I know that we can race from the bottom of the track all the way up to the wall, so that’ll be interesting too. I’ll be relying on the notes prepared by Terry Cook (spotter) to get me ready for the race, just like I did for last week’s race at Phoenix.”

Last week’s race at Phoenix Raceway (AZ) went well for Coughlin as he drove from the 13th starting position up to third, the first podium finish of Coughlin’s young career.

“That race was a lot of fun. I’m very happy for my team that we were finally able to get a strong finish like that,” added Coughin, who is 13th in the NCWTS standings.  “The communication between myself and Rich (Lushes, interim crew chief) was very good all day long. Hopefully we’ll be able to replicate that performance this weekend in Florida and close out the season on a high note.”

Friday’s race is the season finale for the 2017 NASCAR Camping World Truck Series campaign. It is also a one-day show at Homestead-Miami Speedway, meaning Coughlin will practice, qualify, and race all in the same day.