Coughlin Fights Through Deflating Tire to a Strong Finish at Chicagoland 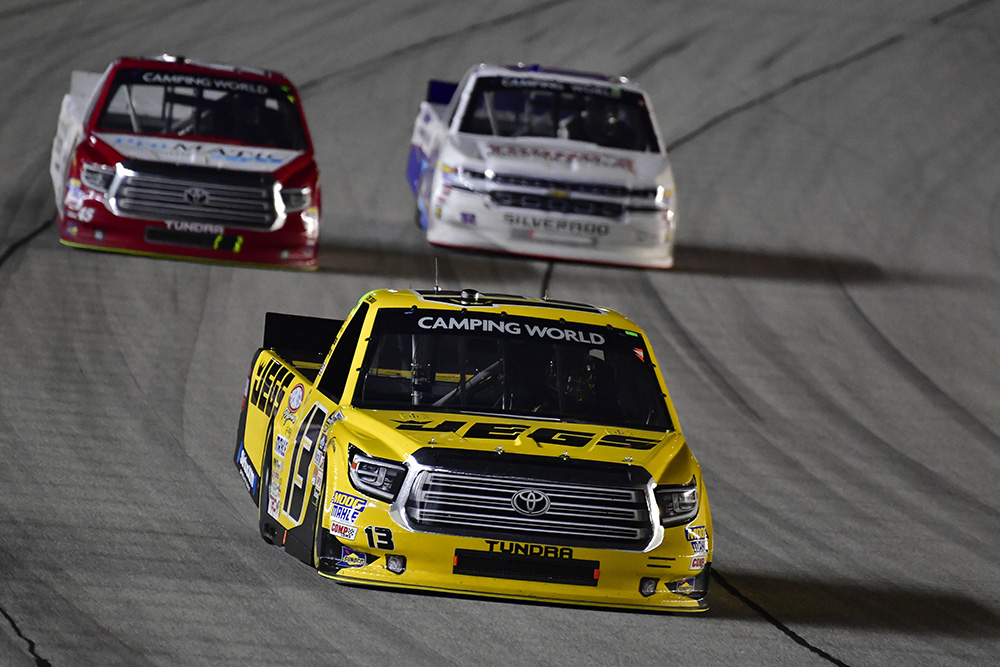 The number on Cody Coughlin’s JEGS.com/RIDE TV Toyota Tundra is 13, but his number at Chicagoland Speedway (IL) seemed to be 11. Coughlin started and finished in the 11th position Friday after racing inside the top-10 for much of the NASCAR Camping World Truck Series race.

The Delaware, Ohio driver ran as high as eighth during Friday’s 150-lap race, but had to settle for 11th due to a right-front tire with slow leak during the final run of TheHouse.com 225.

"We never gave up this weekend. My guys made a lot of changes after practice and definitely made it better. I’m very thankful to have a great crew at ThorSport Racing.  The people behind me mean so much, JEGS.com, RIDE TV, my parents and the team; God has blessed me with so many good things and I’m thankful for all of them.  We came up just a little short of a top 10, but we'll get it in Loudon next week.”

Coughlin’s next NASCAR Camping World Truck Series race is at the one-mile New Hampshire Motor Speedway where he led the first laps of his NCWTS career last season.

“I’m really looking forward to going back to New Hampshire. It races like a short track and I love short track racing, so that’ll be fun. Hopefully we’ll get back into the top 10 and have a really strong run.”

The race at New Hampshire will see the green flag wave on Saturday, September 23. Coughlin will hit the track on Friday, September 22 for two practice sessions.