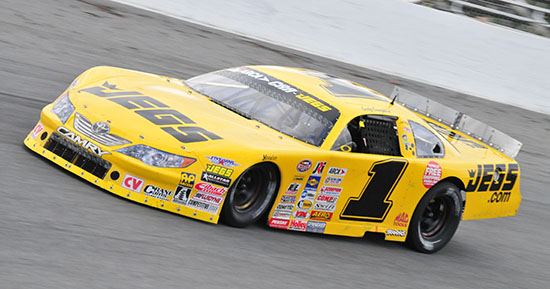 Cody Coughlin returns to the Sunshine State for the 50th Annual Florida Governor's Cup 200 at New Smyrna Speedway with a smile on his face.  It's the site of his first win in a Late Model.  Now he's heading back to the ultra-fast half-mile speedway that lurks in the shadows Daytona  looking to add another win to his resume.

"I'm excited to go to New Smyrna any time because that's where I got my first win," said Coughlin, who recently signed with Kyle Busch Motorsports to compete in a partial schedule on the NASCAR Camping World Truck Series in 2016.  “I won during Florida Speedweeks (2013) to begin the season and now I’d love to close the year with Gov. Cup victory.  And this race is a different event altogether."

Two-hundred laps at New Smyrna is challenging.  That's part of what makes the Governor's Cup one of the most prestigious Super Late Model races of the year.

After finishing second at the Winchester 400 last month, the 19-year-old is ready to follow that performance up with a victory in Florida.

"I'm excited about our momentum coming off of our really strong run at Winchester," said Coughlin, who is also a Joe Gibbs Racing Development driver.  "The Governor's Cup is one of the biggest races of the year and winning that one would be really special.  A lot of great names have graced victory lane at that track and I’m just thankful the good Lord has blessed me with the ability to do that in the past.”

The Delaware, Ohio native raced his way from 15th into the top five in last year's event before a mechanical failure relegated him to a 20th-place finish.  Coughlin said he learned a lot from last year's race that should help him this year.

"I think we had some good things to take away from that event last year," said Coughlin.  "It wasn't the finish we wanted, but we learned some things that will help us contend for the win this weekend.  I know that my Nick (Easton, crew chief), Kevin (Hamlin, team manager), Scott (Wimmer, spotter) and Dave (Holt, crew-member) will prepare a great car for me that I plan on putting in victory lane, and for that I'm very thankful.  Plus I know my mom (Di), dad (John) my sister (Kennedi) and all of my family and friends will giving me plenty of support as well.”