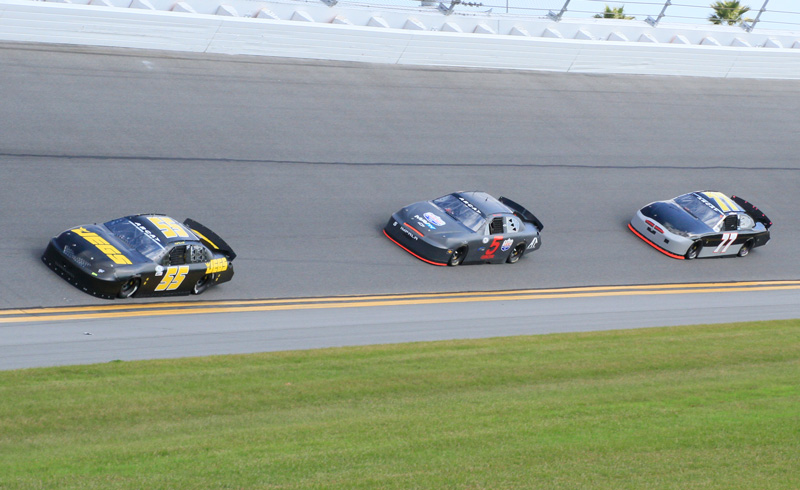 After such an impressive season as a rookie in the ARCA Racing Series, Cody Coughlin finished his work behind the wheel for 2014 as one of the fastest in Daytona Testing.

The 19-year-old turned a lot of heads as he went out early and put himself on top of the chart in a single car run before the team turned their focus to draft runs throughout the remainder of the morning.

“I am very pleased on how smooth things went over the last two days,” Coughlin said.  “We had a lot of speed, especially on single car runs and had pretty good speed on drafting runs as well.  We continued to get better each time we went out with a pack of cars.”

“I am with a great group of guys and we expect to be fast every time we go out,” the Delaware, Ohio native said.  “We worked together as a team in the last year and kept getting better all year long.  It really showed this weekend. I can’t thank them enough for their hard work to get ready for this weekend.”

“We are very pleased.  We didn’t know what to expect since he has never been on a superspeedway before,” Venturini said.  “I was on top of the trailer watching him and I told his crew chief Dave Leiner that I was very impressed about how he kept the car on the yellow line while some others drifted up.  He was very smooth behind the wheel. Cody told me afterwards about how he had to learn to use the brakes when in the draft and I told him that was a good thing because we wanted him to learn how to run in the draft.”

Coughlin said that the test session gives him a lot of confidence heading into the Lucas Oil 200 presented by MAVTV American Real on Saturday, February 14, 2015 at the “World Center of Racing.”  Overall, he was eighth fastest during his time on the track with a speed of 187.165 mph.

“This weekend could not have been accomplished without the great support of my family and everyone at JEGS,” Coughlin said.  “I am very blessed by the Lord to have this great opportunity and I cannot thank everyone enough for this weekend.”