Coughlin Looking to Capitalize in the Circle City of Indianapolis 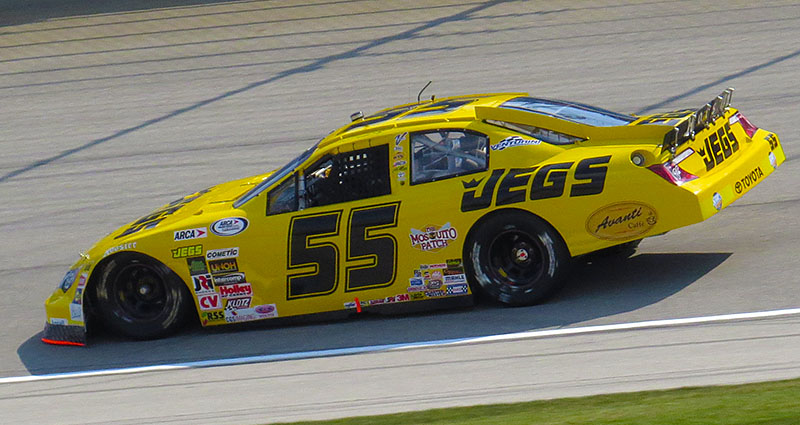 Like most others involved in the Motorsports industry, Indianapolis, Indiana is a meaningful city for 18-year-old Joe Gibbs Racing Development Driver Cody Coughlin.  The birthplace of American speed has been the site of multiple wins and championship-clinching performances for Coughlin's family members on the area's drag strips and Coughlin, a student of auto racing, appreciates the city's motorsports history.

Coughlin will look to be a part of Indianapolis history himself on Friday, July 25 when he makes his seventh ARCA Racing Series start of his rookie season at Lucas Oil Raceway Park, located just outside the Indianapolis city limits, in the SCOTT Get Geared Up 200 presented by Federated Car Care.  He will be behind the wheel of the JEGS.com No. 55 Toyota prepared by Venturini Motorsports.

Just six days after his first top-five ARCA finish at Chicagoland Speedway on July 19, Coughlin is ready to etch his name into Indianapolis racing history.

"Indianapolis means a lot to anyone involved in racing, no matter what kind of racing, whether it's stock car, open wheel or drag racing," said Coughlin, of Delaware, Ohio. "I have always enjoyed my trips there, whether it's being a part of events at Indianapolis Motor Speedway or racing at Lucas Oil Raceway Park. We have a lot of momentum on our side going into this race, so I'm excited to see what we can do with this JEGS.com Toyota this weekend."

Lucas Oil Raceway Park has always been a special place for the Coughlin family.  Right behind the half-mile oval is the drag strip that is home of the NHRA U.S. Nationals.  Cody’s uncle, Jeg Coughlin, Jr., is a three-time Pro Stock U.S. Nationals winner collecting victories in 2000, 2002 and 2009.

Coughlin enters the SCOTT Get Geared Up 200 presented by Federated Car Care with four top-10 finishes in his first six ARCA starts.  With crew chief Dave Leiner at the helm for the Coughlin's past two top-seven finishes, the No. 55 team will be looking to continue a successful season with Coughlin behind the wheel.

"We've had good cars on our short track races so far this year, but there were a few improvements – with the car and with the driver – that needed to be made before we could be contending for victories.  I know Dave and the guys have been working hard to give us a good car again at Lucas Oil.  If we can have a race like we had at Chicagoland, where we can start up front and keep it there for the whole race, then there's no reason we couldn't have a shot at the win."

Cody will also have the support of his family this Friday night as his parents, John and Di, will be there along with his biggest cheerleader, his sister Kennedi.

“It was so cool to get out of my car last Saturday and celebrate my first ARCA top-five finish with my family,” Coughlin said.  “It’s awesome that they have been by my side since we started racing in the ARCA Racing Series, that together, we can celebrate our accomplishments.

“I also want to thank God for all of the blessings he has given us so far.  Racing in the ARCA Racing Series has its learning curves, and God helped me keep focus and we are starting to see positive results.”