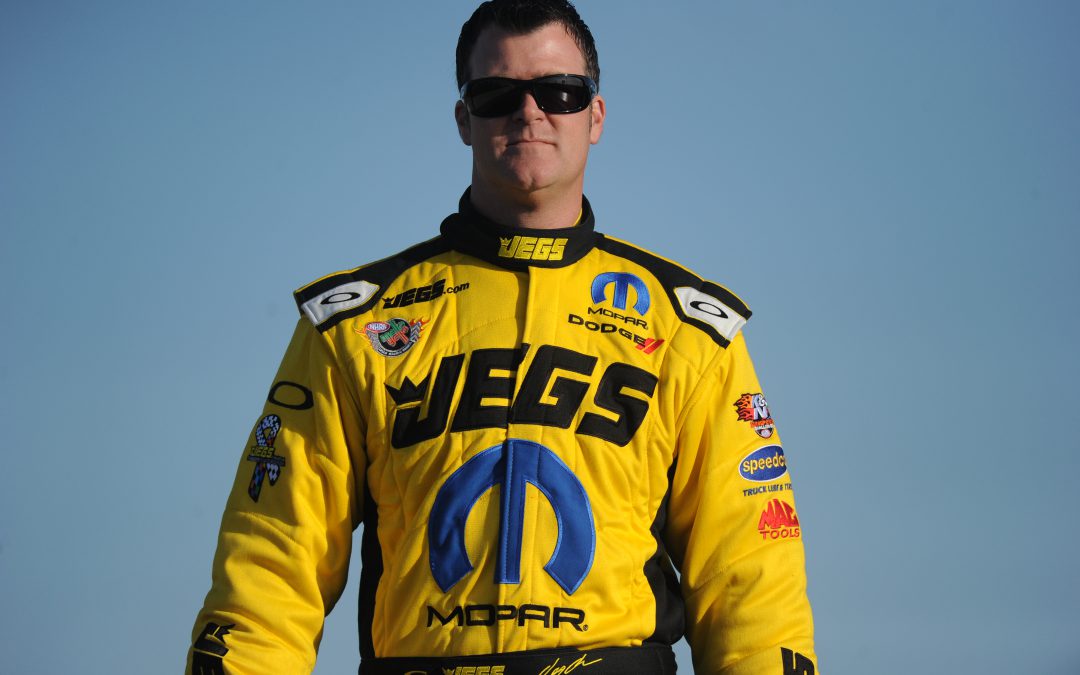 LAS VEGAS – NHRA Pro Stock fans have spoken, and their choice for the No. 8 starting spot in the K&N Horsepower Challenge for the second year in a row is Jeg Coughlin Jr., driver of the JEGS.com/Mopar Dodge Avenger.

Coughlin will go for his fourth victory in the lucrative bonus event for qualified Pro Stock teams starting with a first-round meeting with event top seed Allen Johnson, driver of the Team Mopar Dodge Avenger. The 29th annual K&N Horsepower Challenge will be conducted during the running of the Las Vegas NHRA Nationals on Saturday, April 6, at The Strip at Las Vegas Motor Speedway. The event will be televised by ESPN2HD.

Coughlin won the fan vote by a wide margin, receiving roughly one-third of the total votes cast by NHRA fans since voting began in February. Coughlin has scored victories in the K&N Horsepower Challenge in 2009, 2000 and 1999.

“It’s an honor to win the final spot for the K&N Horsepower Challenge,” Coughlin said. “A big thank you to all of our fans and friends that propelled us to this position. We look forward to answering the effort with a big win in Vegas.”

The K&N Horsepower Challenge is a race within a race, showcasing the top drivers in NHRA Pro Stock competition, for which the winner receives $50,000. The runner-up will receive $10,000, the two semifinalists will each receive $3,000, and the four first-round finishers will each receive $2,500. As part of the program, a $3,000 bonus is awarded to the No. 1 qualifier at each NHRA Mello Yello Drag Racing Series event.