Coughlin on Brainerd: ‘Just not our weekend’ 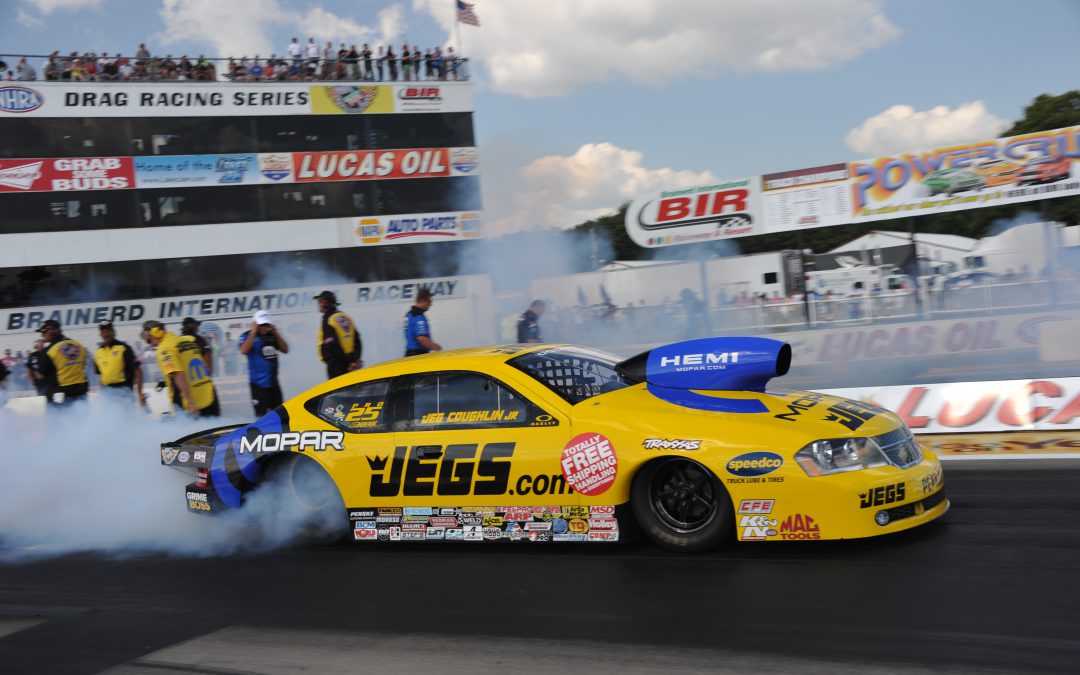 BRAINERD, Minn. (Aug. 18) — Coming off back-to-back runner-up finishes on the pro drag racing tour, Jeg Coughlin Jr. was expecting big things this weekend at the Lucas Oil Nationals at Brainerd International Raceway, a track where he's won four times in the past. But drag racing is a humbling sport, even for a five-time world champion, and Coughlin ended up having a rare down weekend he'd just as soon forget.

"We'll lick our wounds. More importantly, we'll analyze this thing. We're going to test before Indy and see if we can find this boat anchor that's dragging behind this thing. Q2, Q3, Q4 and E1 were all pretty slow. Allen's (Johnson, teammate) run wasn't much better first round, but he obviously got away with it."

Coughlin actually had the quicker car in his first round race, out-running opponent Mark Martino with a 6.644 at 207.40 mph to Martino's 6.647 at 207.88 mph. But the win went to Martino, who leapt off the starting line well ahead of Coughlin with a .016-second reaction time to Coughlin's .092-second launch.

"Coming into today, I felt fantastic, but I didn't make a very good run there first round," he said. "Personally, I was really late on the Tree, which isn't too characteristic. Mark was on time, and our performance didn't pick up like we'd hoped too. It would've taken a miracle run to have pulled that off, which probably wasn't possible today."

The JEGS.com/Mopar Dodge Avenger crew will head to St. Louis for a test session before the next race, the 59th annual U.S. Nationals in Indianapolis. The race is the longest running and most prestigious in drag racing, and serves as the last of the regular season races on the 2013 schedule. After Indy, the Countdown to the Championship begins it's six-race stretch to decide this year's champion.

"It's just a matter of getting the program re-elevated again," Coughlin said. "We've struggled the last couple of races for one reason or another, with fighting the chassis a little bit, with keeping the engines between the frame rails. We just need to get the whole program back to where it needs to be. It's not just one ingredient.

"The cool thing is that when I look out through the trailer doors, I've got great talent with chassis, great talent with engine. I’m not worried about it a bit, and I'm looking forward to testing before Indy."