Coughlin putting JEGS.com Avenger in position for a playoff run 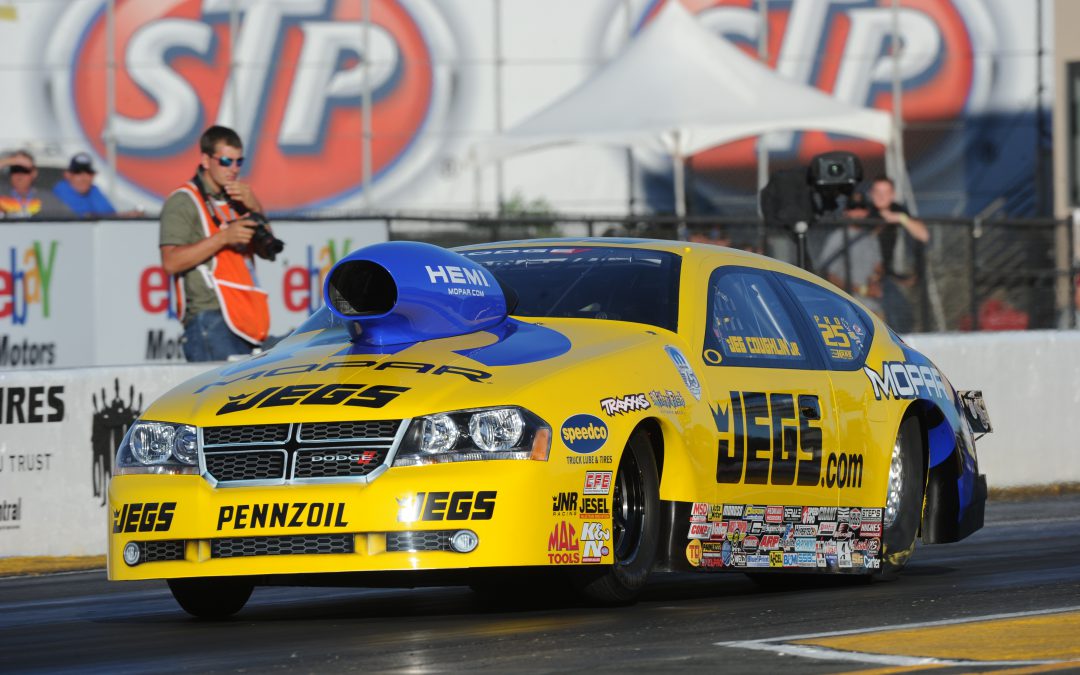 SEATTLE (Aug. 1) – Now that Jr. has worked the JEGS.com/Mopar Dodge Avenger back into the Pro Stock top 10, he plans on keeping that reserved spot for the Countdown to the Championship playoffs.

But the veteran racer knows it's not going to be an easy chore.

"It's looking like it's going to be a dogfight before it's all said and done," the five-time world champion said. "I feel like we've been moving in the right direction recently and we've got a great chance of holding on to our Countdown spot or even creeping up a place to two."

Coughlin was 13th after a DNQ in Englishtown, prompting the addition of crew chief Eddie Guarnaccia. Since then he's worked his way to 10th and is part of a pitched battle with a handful of cars for the last few Countdown spots heading into this weekend's NHRA Northwest Nationals at Pacific Raceways.

Currently, Coughlin is nine points behind ninth-place runner Ron Krisher, but only one point ahead of and Larry Morgan for 11th place.

"We've made a lot of the right kind of improvements in the last couple of races," Coughlin said. "Man, I couldn't feel better behind the wheel right now. I feel like we're knocking on the door for some round wins and maybe a race win by the time we get the Countdown started in a few weeks."

The JEGS.com/Mopar Dodge Avenger has sprung to life during the Western Swing, especially in the cooler climes of last week. Pacific Raceways can be a mixed bag sometimes, but Coughlin likes his chances for continued success.

"They've done a lot work on the track to make it more consistent lane to lane," Coughlin said. "If Mother Nature shows up in Seattle the way she can with nice cool overcast conditions, NHRA can make a parking lot hook-up. We could see some 6.40s and low 6.50s.

"We could also see temperatures close to 90 and it might slow us down some. Either way, we'll be ready."

Qualifying for the O'Reilly Auto Parts NHRA Northwest Nationals get under way at 2 p.m. Friday from Pacific Raceways. Qualifying continues at noon Saturday with eliminations starting at 11 a.m. Sunday. ESPN2 will air the qualifying show at 10:30 p.m. EDT Saturday and the eliminations show at 6 p.m. Sunday.