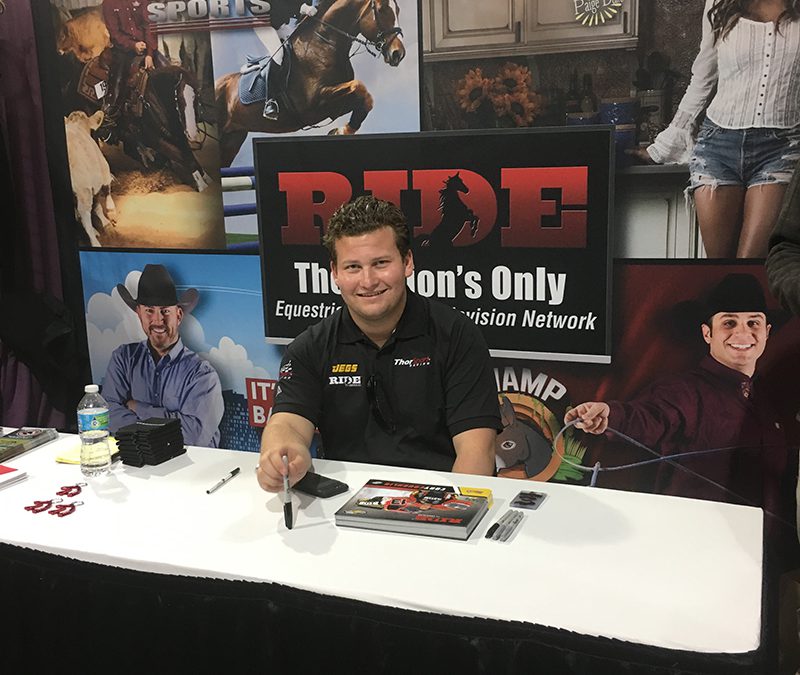 Cody Coughlin has long been a lover of horses, rodeos and the entire culture.  This weekend he gets to prove that at the RIDE TV headquarters in Fort Worth, Texas.  Coughlin will be taking part in many different activities that will all culminate at the rodeo at the Fort Worth Stockyards.

Coughlin will have the privilege of meeting the Mayor of Forth Worth, Betsy Price, and will also get to show off his skills behind the wheel as he takes on Mayor Price in a go-kart challenge.

The 21-year-old Ohio native will also get to show off his skills with a rope as he learns some “rope tricks” at the Stockyards on Friday evening.

Also on tap, Coughlin has accepted the challenge of going eight seconds on the mechanical bull on Friday, something that even the most hardened rodeo fans have difficulty with.

The two-day event for Coughlin begins on Thursday and will end on Friday evening at the rodeo.  From there, Coughlin will fly back to his home-state of Ohio for Saturday’s ARCA/CRA Super Series 100-lap Super Late Model race at Toledo Speedway.

About JEGS Automotive, Inc.
In 1960, Jeg Coughlin Sr. founded JEGS as a small speed shop.  It has grown into a high-performance powerhouse that includes a race team (Team JEGS), 250,000 square foot warehouse, retail store, mail order and website.  The 350+ employees at JEGS still strongly believe and practice our simply business philosophy: Customer Care is #1.  For more information about JEGS Automotive, Inc. visit JEGS.com.
About Ride Television Network, Inc.
Ride Television Network, Inc. is a privately held corporation based in Fort Worth, Texas. The company was formed in 2011 for the purpose of launching a 24-hour, high definition, television network. RIDE TV launched on October 1, 2014 in the United States and is now available internationally. The network features high-quality television programming showcasing both English and Western disciplines and lifestyles and includes live events, reality shows, talk shows, children's programming, documentaries and more. For more information about RIDE TV, please visit www.ridetv.com.
About ThorSport Racing
ThorSport Racing, based in Sandusky, Ohio, is the longest-tenured NASCAR Camping World Truck Series team. ThorSport Racing, which has competed in the NCWTS since 1996, will run the No. 88 Menards Toyota Tundra driven by two-time NCWTS drivers' champion Matt Crafton, the No. 13 JEGS/RIDE TV Toyota Tundra driven by Cody Coughlin, the No. 27 Tundra driven by Ben Rhodes, and the No. 98 RIDE TV/Champion Power Equipment/Jive Communications/Curb Records Toyota Tundra driven by Grant Enfinger. For more information visit www.ThorSport.com.