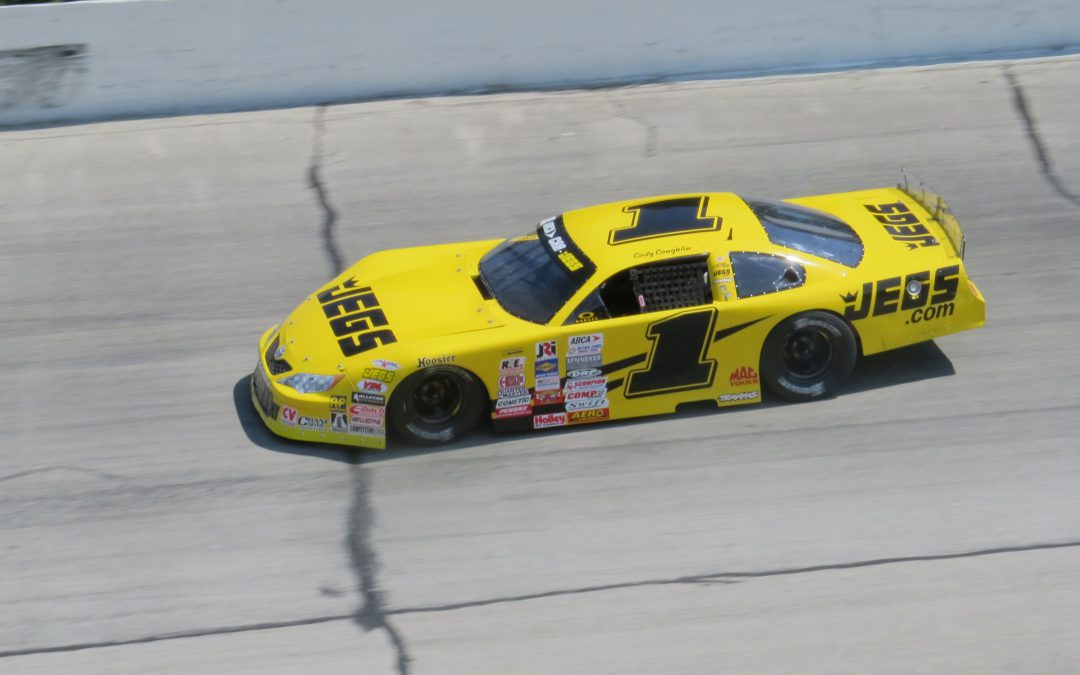 This Sunday, October 11 is the big one.  The Winchester 400.  Cody Coughlin and his JEGS.com team are ready for 400 grueling laps around the 37-degrees of banking at Indiana's Winchester Speedway in the season finale for the ARCA/CRA Super Series.

In Coughlin's two prior Winchester 400 starts he has finished no lower than seventh, with his best finish, a fourth-place result in last year's running of the event.  In fact, Coughlin was ready to challenge for the victory had it not been for a series of cut tires.

Already this year, Coughlin picked up a strong third-place run in the 100-lap event on Labor Day, an event that he won at Winchester the year prior.

But that was just 100 laps.  This one is 400.  Even though this one is much tougher, the 19-year-old Delaware, Ohio driver believes he is ready to fight for the win.

"A lot of your preparation for this race comes before you get to the track," said Coughlin, a Joe Gibbs Racing Development driver.  "You know you're going to get overheated, so I've been working out a lot to train for this race."

However, a team and driver can only prepare so much and control so much in a race that usually comes down to attrition.  Coughlin said he's very much aware of that.

"Having good luck definitely plays a part in having success at Winchester," he said.  "We've had some good luck this year, but even when we haven't, we've fought through it and overcame it, so hopefully we can do that again this weekend."

The Winchester 400 would definitely be Coughlin's biggest win yet.  It's a race that he really wants to win, not only because of how special the event is, but also due to the fact that he’s came so close one year ago.

"We really look at that one hard and circle that one on the calendar," he said.  "I think it's safe to say that we should be thrown into the mix of good cars there.  We've run really well there before and I really think we'll contend.  It would just be awesome to win that one.  It's our biggest race of the year, so I'm really excited for it.  My crew chief, Nick (Easton), has given me excellent cars at Winchester in the past, and I'm sure him, Scott (Wimmer, spotter), Kevin (Hamlin, team manager) and Dave (Holt, crew member) will give me another great one this weekend.

"Of course, I wouldn't even have a chance at racing for the win this weekend if it wasn't for the endless support from my parents (John and Di), my family and for the blessings that God has given us."

One thing that Coughlin is very excited about this weekend is having pink all over his car for breast cancer awareness.  Coughlin's sponsor, JEGS, is a strong supporter of Breast Cancer Awareness Month through the JEGS Foundation where their motto is, “Racing for Cancer Research.”

The Coughlin family’s personal experiences with cancer drove them to assist in building awareness of the many faces of cancer and help generate dollars through race earnings to advance cancer research.

The JEGS Foundation “Racing for Cancer Research” is honored to be affiliated with one of only 39 nationally-designated Comprehensive Cancer Centers, The Arthur G. James Cancer Hospital and Richard J. Solove Research Institute at The Ohio State University in Columbus.

"It's wonderful to be able to help out and raise awareness any way possible," said Coughlin.  "The JEGS Foundation does amazing work, and we're proud to be affiliated with that.  I'm glad to be able to show my support for those who have survived the disease and those who are still battling the disease by putting the colors on our car this weekend."