Coughlin Returns to Owosso With One Thing In Mind 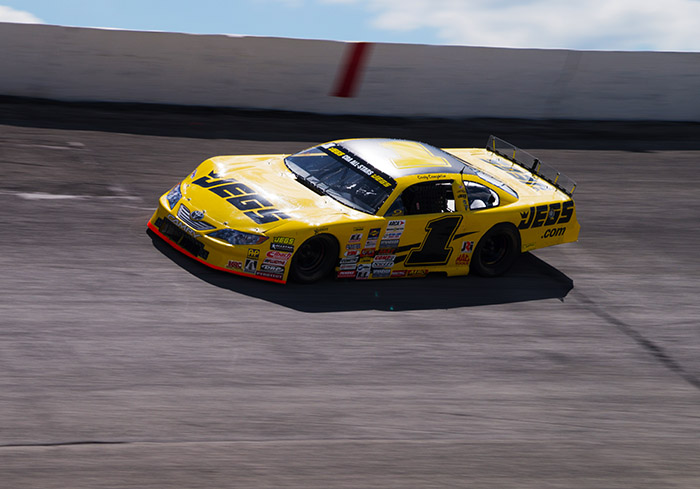 The 20-year-old driver has made one prior start at Owosso.  He started third and finished fifth in his one start, which came in his JEGS/CRA All-Stars Tour rookie campaign of 2011.

“Owosso is a fun place,” Coughlin said.  “It’s a race track that offers multiple places to pass, and that’s always fun to have.  I thought I meshed well with the place in 2011, so I’m excited to be going back this weekend in search of another JEGS Tour win.”

After a 15th-place finish at Winchester Speedway last Sunday, Coughlin holds a 96-point lead in the JEGS/CRA All-Stars Tour standings.  With a big cushion in points and just three races left, Coughlin is only thinking about one thing.

“I want to win races,” he said.  “We’ve got four wins in the Super, but only two wins in the Pro.  I want more Pro wins, and Owosso would be a great place for us to get another one.  Sunday was a bad race at Winchester, but we had a wheel break on us. We’ll get more, and I think we’ll get ourselves one on Saturday.”

As the season starts to wind to a close, Coughlin’s calendar is starting to get busier.  Coughlin has one weekend off between now and Winchester 400 weekend, the second weekend of October.

“It’s definitely a busy time, but it’s worth it because we are chasing two championships, and I’m making some more NASCAR Camping World Truck Series starts with Kyle Busch Motorsports and continuing to learn there,” he said.  “I’m just so appreciative of everyone’s hard work.  Chasing two championships takes a lot of effort, and all of my guys are doing even more than I’d hoped for.

“The Lord has blessed me with a great team that deserves all the credit.  Jack (Smith, crew chief) has done an awesome job this year to get us in this position.  Kevin (Hamlin, team manager), Scott (Wimmer, spotter), and Dave (Holt, crew member) have all worked so hard and it’s just been awesome to have them.  I can’t thank those guys enough.  I also can’t thank my family enough for their support all year long.  My parents (Di and John) and my sister Kennedi have been so terrific all year long.”

Coughlin’s day begins with practice at 1 p.m. ET.  Qualifying will follow at 5:15, and racing will begin on Saturday night at 7 p.m. ET.