Coughlin Seeking a Diamond in the Desert at Las Vegas 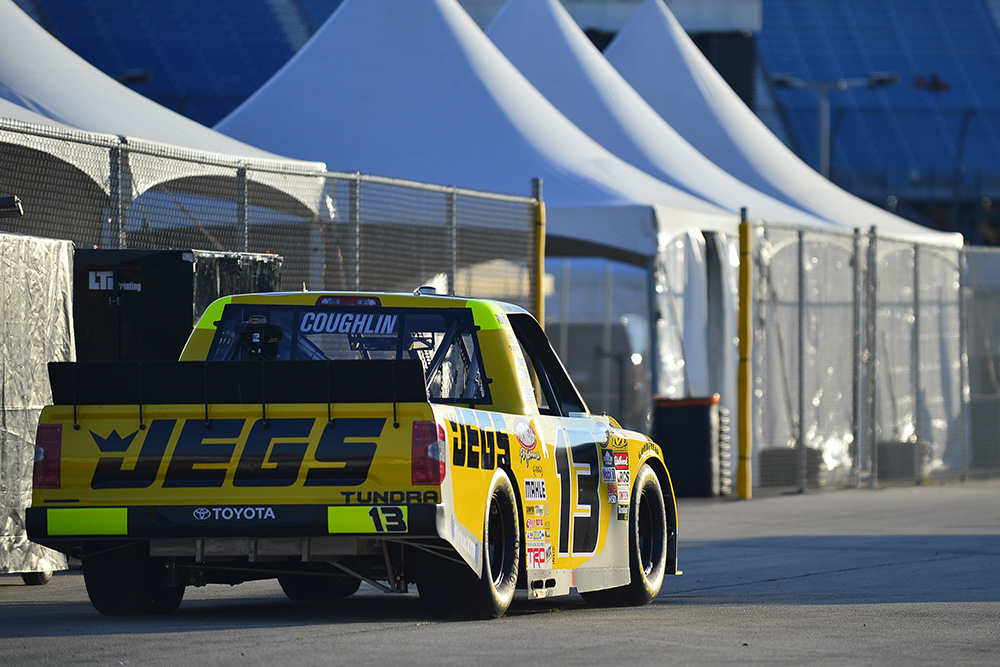 One of Cody Coughlin’s favorite cities in America is Las Vegas, and that’s where he’ll get the chance to race this Saturday night in the Las Vegas 350 at the Las Vegas Motor Speedway. Coughlin will pilot his No. 13 RIDE TV/JEGS.com Toyota Tundra for ThorSport Racing.

Saturday’s race at Las Vegas will not be the first time the Delaware, Ohio driver sees the Las Vegas Motor Speedway. Coughlin has one prior start at the 1.5-mile “Diamond in the Desert” one year ago.

“I enjoyed Las Vegas last year when I went to that track for the first time. It’s a fast mile-and-a-half track and I like racing at that kind of track. The most challenging part about a race there is that it’s a one-day show so we have to be good right off the truck and go from there. I know that my ThorSport Racing team will give me the best truck possible once we unload. It’s going to be a good day and I’m looking forward to it.”

As Coughlin said, the challenge this weekend is that it is a one-day event in Las Vegas. Unlike most of the schedule, the Coughlin and his team will practice, qualify and race all in the same day.

Coughlin’s day will begin bright and early with first practice beginning at 8:30 a.m. PT.  Final practice will begin at 10 a.m. PT and conclude at 10:55 a.m.

Race fans hoping to meet Cody Coughlin can do so at the NASCAR Camping World Truck Series autograph session on Saturday at 1 p.m. PT.