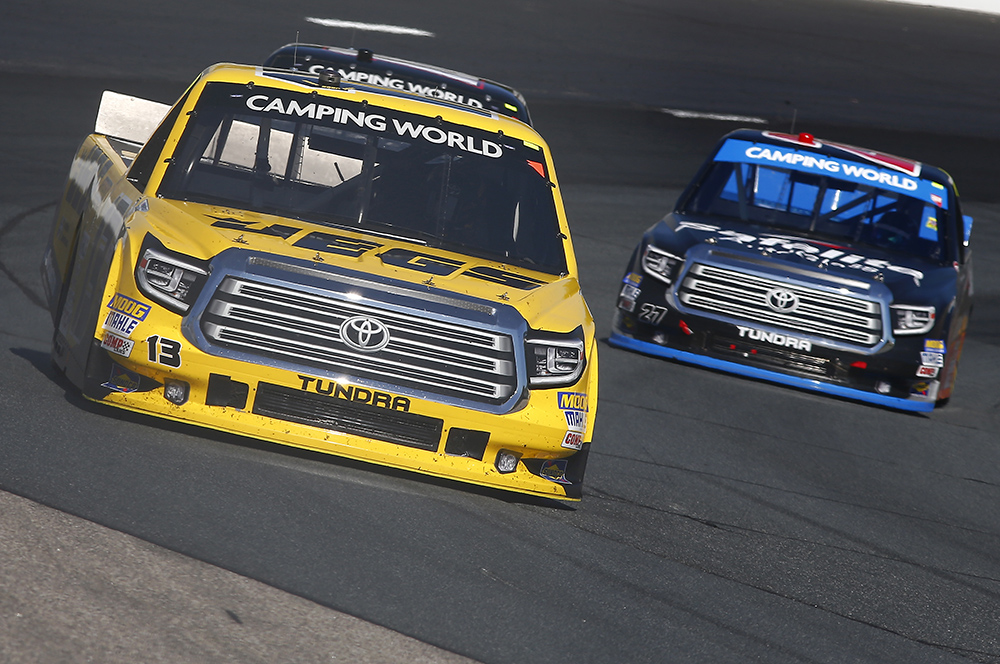 Saturday at New Hampshire Motor Speedway was a day that showed just how much resilience Cody Coughlin and his ThorSport Racing team have. Coughlin cut a tire down in qualifying, causing him to start at the rear of the field for the UNOH 175. Coughlin was still able to rally to a top-15 finish.

The Delaware, Ohio driver qualified in the 23rd position but had to drop to the tail of the field due to an unapproved tire change after cutting the right-rear tire down in qualifying.

Coughlin and his team led by crew chief Michael Shelton worked hard all day long to get as high as 10th throughout the 175-lap event. Coughlin eventually finished 12th.

"The day didn't start the way we wanted it to with a sliced tire in qualifying but we didn't give up and battled hard all day long and came out of here with a decent finish. I'm proud of my guys for never giving up and giving me a good JEGS.com Tundra. Now it's on to Vegas and we'll see what we can do there."

The flat tire in qualifying wasn’t the only time Coughlin had an issue throughout the day. As the first stage was coming to an end Coughlin came over the radio and said he believed he had another flat tire. Fortunately, Coughlin had excess tire rubber built up on his tire, but all four tires were up at the end of the stage.

Now it’s on to Las Vegas Motor Speedway on Saturday, September 30. Coughlin has one prior start at the “Diamond in the Desert.” That start came one year ago for Kyle Busch Motorsports.