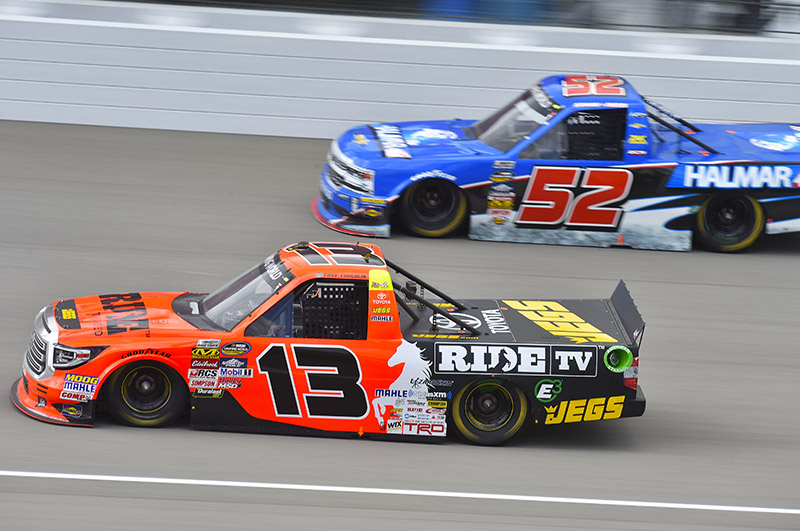 Cody Coughlin was poised for a strong finish in the LTI Printing 200 for the NASCAR Camping World Truck Series at Michigan International Speedway before contact on a restart resulted in a hard crash.

The Delaware, Ohio native was running in the top five when contact from the truck behind him on a restart sent him hard into the inside wall on Lap 65. The 21-year-old driver was okay, but the crash ended his day prematurely.

Coughlin finished 21st after starting in the 15th position in the No. 12 RIDE TV / JEGS Toyota Tundra for ThorSport Racing.

“I got tagged from behind on that restart and got turned into the inside wall,” Coughlin explained.  “Thankfully that was a SAFER Barrier, and thankfully my guys at ThorSport build safe trucks for me to race. I also want to thank God for keeping me safe in such a hard crash. It was an unfortunate way to end the day, but we’ll go to Bristol and hopefully run well there.”

Coughlin, a short track ace, will now head to the high-banked short track of Bristol Motor Speedway on Wednesday, August 16th for the UNOH 200, his next NCWTS race.