Coughlin takes new Dart to provisional No. 1 in Las Vegas 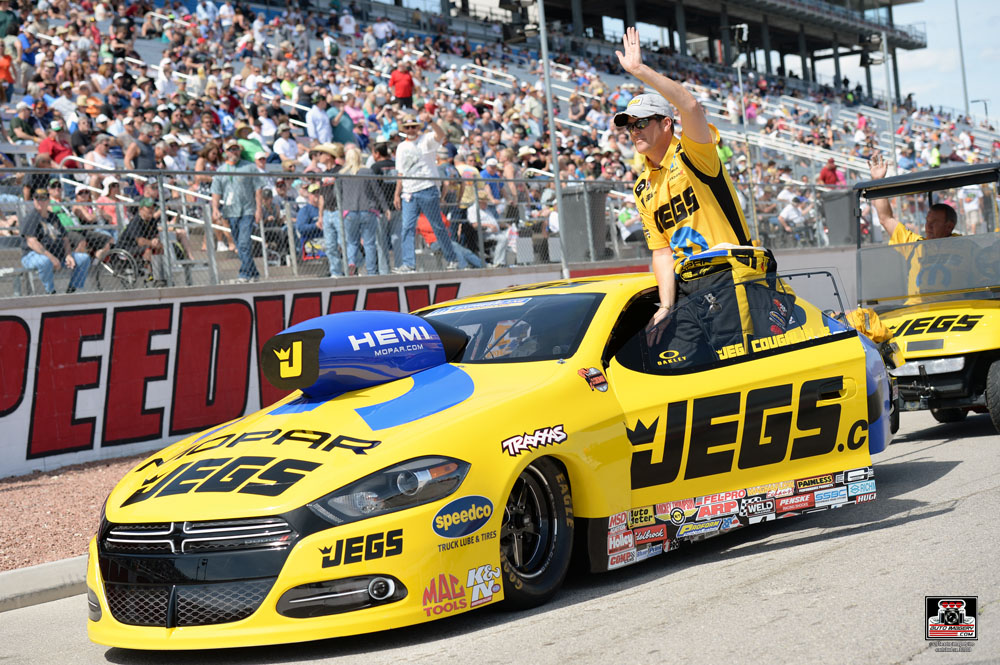 On the eve of the K&N Horsepower Challenge, Coughlin's new Dodge Dart went to the top of the Pro Stock qualifying chart Friday at The Strip at Las Vegas Motor Speedway.

"Going into the first round of the K&N Challenge, it was exactly what the doctor ordered," Coughlin said. "It's our first time on top of the charts this year, and we'd love to see that hold true through the rest of the weekend.

"First things first tomorrow, we'd love to get by round one in the Horsepower Challenge and go from there."

The K&N Challenge is a special race open to the best in Pro Stock, based on qualifying points over the last calendar year. Coughlin is seeded No. 2 and will race Vincent Nobile in the first round Saturday. The winner of the Challenge earns $50,000.

"It felt really good," Coughlin said. "On the optimistic side, I let the clutch out and the car pulled really, really firmly all the way through low gear and into second gear."

But Coughlin's car started slipping left, and he had to make a small correction.

"Honestly, I was surprised when (crew chief) Adam (Hornberger) said we ran a .62," Coughlin said. "I felt like we could improve that second session, but it made a good arc coming out of the hole.

"When I let the clutch out, it just drove a little bit left, a little bit left. It was like I was barely feeding it a little bit of a wheel, and it came back all the way as I hit second gear going into third and then fourth. I never felt like it quivered the tires or took the tire off or anything. I think we got away with one there."

Part of the reason Coughlin's car moved left was because he was pointed that way on the starting line.

"The track was getting ripped up there, and they had me moved over toward the right quite a bit," Coughlin said. "In compensation to not shoot me down the right side of the guardrail, we pointed it back left just a shade to try to aim it back in the groove. I think it crossed over just a little bit. Other than that, it was nice."

Should Coughlin hold on, it will be his 20th career No. 1 qualifier in Pro Stock.