Coughlins hoping to finally kick off championship bids in Norwalk 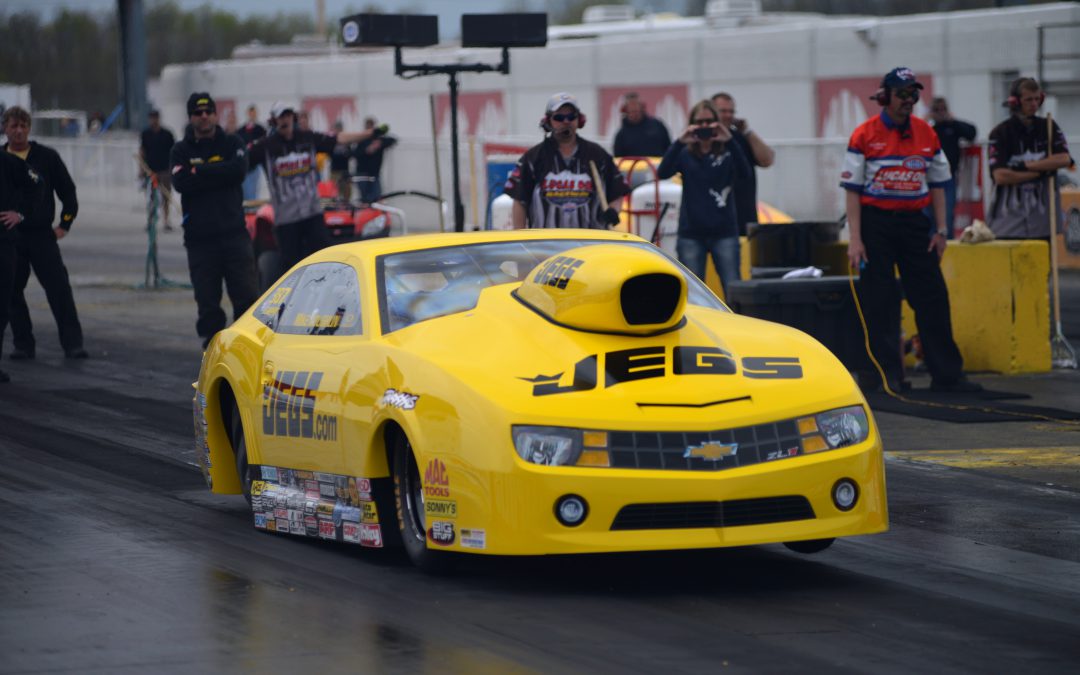 NORWALK, Ohio (May 16) – After rain ruined the first two events on the Division 3 drag racing schedule, JEGS Mail Order teammates Mike and Troy Coughlin Jr. are hoping to finally get their seasons underway in Norwalk this weekend at the Mickey Mart Rewards Cavalcade of Stars presented by Budweiser.

Mike will wheel his new JEGS.com Chevy Camaro in the Top Sportsman class and third-generation racer Troy Jr. will maintain his hectic racing schedule by competing in both Super Comp and Super Gas. Troy Jr. will also have a second chance to win in Super Gas because the event will feature that class’ completion from the rained-plagued Indianapolis event.

Mike just missed winning his third championship in the challenging Top Sportsman class while racing a partial schedule last season, and now he’s hoping his new Camaro will provide the added boost he needs to reclaim the top spot.

"Norwalk is one of my favorite tracks," Mike said. "I really enjoy their events, and even though I haven’t had a lot of luck there, that could change at any moment."

Before the rain, Mike earned top qualifier status in Indy with a run of 6.61 seconds at more than 211 mph. He's looking to carry that momentum into Norwalk.

"We didn’t get to race in Indy but we did get to make a few runs and we learned a lot, so I’d consider it a good test session," Mike said. "It was certainly worthwhile to go back (for the makeup date) even though we didn’t get to finish the race that time either.

"I’ve now made about seven runs in this car, and so far it’s all working out really well. We’ve made very few changes. It has mostly been our normal maintenance routine."

Troy Jr. originally planned to go to Bristol, Tenn., this weekend for the annual K&N Spring Fling race, but the lure of racing in three classes in Norwalk was too much to pass up, so he adjusted his schedule. He will drive his JEGS.com dragster in Super Comp and his Corvette roadster in both Super Gas contests.

He enters the event ranked second in both Super Comp and Super Gas in the North Central Division standings and knows a strong showing in Norwalk could go a long way toward achieving his goal of winning a divisional championship.

"I’m looking forward to a really good weekend," Troy Jr. said. "I’m like most racers: I like to make a lot of runs, so with three races I’m hoping that I’ll stay pretty busy.

"Both of the cars are ready to go. We just put a new engine in the Corvette, and I have to thank [engine-builder] Gary Stinnett and his crew and the guys at the JEGS race shop for all of their hard work. We’re off to a pretty good start this season. Now I just need to keep it up."