Coughlin’s Race for History Rolls on With Winchester Double-Header 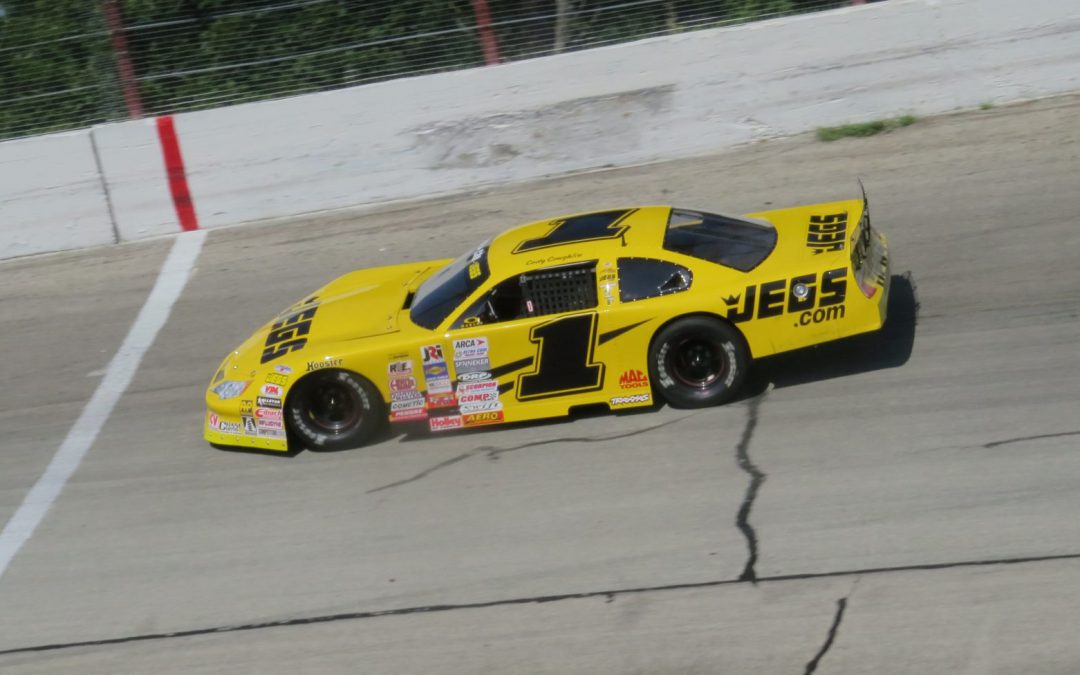 Coughlin’s Labor Day Weekend double-header kicks off on Sunday with a 100-lap showdown for the JEGS/CRA All-Stars Tour in the Pro Late Model.  It will conclude with a 100-lap battle in the heat on Labor Day Monday for the ARCA/CRA Super Series.

“I love racing at Winchester, so two races this weekend should be a lot of fun,” Coughlin said.  “Winchester is fast and high-banked and that’s what I enjoy.  I’m excited to run twice this weekend there and get even closer to the championships for both series.”

The 20-year-old driver is closing in on becoming the first driver to win the ARCA/CRA Super Series and JEGS/CRA All-Stars Tour championships in the same year.  Coughlin has a 113-point lead with the JEGS Tour, but things are a little closer in the Super Series standings.

“Our lead isn’t as big as I’d like it to be on the Super Series side of things, but I’m not worried,” said Coughlin.  “I know that if we just do what we’ve been doing we’ll be fine, and if our past runs at Winchester are any indication of how this weekend goes we’ll be in great shape.”

The Ohio native’s past performances at Winchester include a win in the Labor Day Super Late Model race in 2014 and a runner-up finish in 2015’s Winchester 400.

“I’d love to be back in Winchester Speedway victory lane,” he said.  “It was so cool to win there a couple years back.  Winning would be a great thing for that reason, but also because the points take care of themselves when you win as well.

“I know we’ll have a great shot at winning both races too.  My crew chief, (Jack Smith) loves Winchester so I know he’ll give me great cars for both races, and I know that my guys will work as hard as always to ensure we get good results.  I’m so thankful to have Kevin (Hamlin, team manager), Scott (Wimmer, spotter), and Dave (Holt, crew member) on my team.  I’m also very thankful to have my parents (Di and John) and all of their support, as well as my sister, Kennedi.  God has truly blessed me.”

Coughlin will hit the track for practice on Saturday, September 3 for the World Stock Car Festival.  He will qualify both cars on Sunday, September 4 and race the Pro Late Model that evening.  The ARCA/CRA Super Series race will take place on Monday, September 5. Racing is set to begin right after 1 p.m. ET.