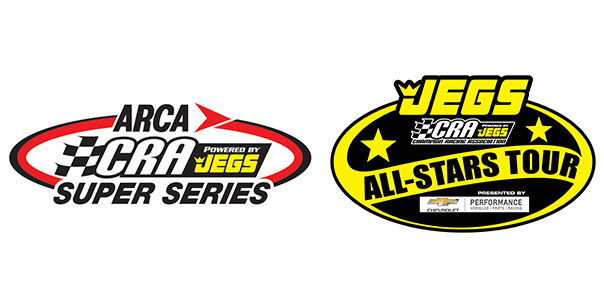 Salem, IN (April 19, 2022) – Champion Racing Association Powered by JEGS will head to the famous High Banks of Salem Speedway Fueled by the Hoosier Lottery, located in Salem, Indiana, this coming weekend for the Lucas Oil Midwest 250 presented by Scott County Tourism. The event at one of the iconic short tracks in the county is being promoted by Track Enterprises. The Midwest 250 will feature the ARCA/CRA Super Series Powered by JEGS Super Late Models, the JEGS/CRA All-Stars Tour Presented by Chevrolet Performance Pro Late Models and the Salem Speedway Lucas Oil Great American Stocks.

Two-time Southern Super Series Champion Casey Roderick is entered to compete in the JEGS/CRA All-Stars Tour event for the Rock Motorsports Team. The Pulaski, Mississippi native has been a top late model competitor for many years including winning the North/South Super Late Model Challenge 100 at Nashville Fairgrounds Speedway in 2017 and 2018 and winning the All American 400 in 2020 at Nashville.

There will be an open practice on Saturday, April 23rd for all three divisions competing in the Midwest 250. Pits open at 11am with rotating practice for all divisions going from 2pm until 5:45pm. General Admission to practice will be free. There is free camping available at the track all weekend.

On Sunday April 24th, pits will open at 8am. Practice for all three divisions is set to begin at 10:30am. Qualifying for all three divisions will begin at 12:30pm. Racing action will begin at 2pm with the JEGS/CRA All-Stars Tour 100 lap feature, followed by the Lucas Oil Great American Stocks 50 lap feature with the 100 lap ARCA/CRA Super Series feature capping off the day’s events.

Advance tickets for the Lucas Oil Midwest 250 presented by Scott County Tourism are available online at www.trackenterprises.com and at www.salemspeedway.com, in addition to event information. Tickets will also be available at the gate on race day. Event info can also be obtained by calling the Track Enterprises office at 217-764-3200.