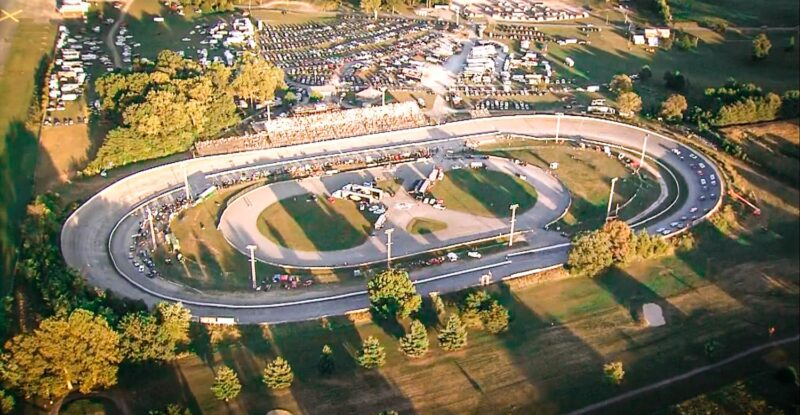 Salem, IN (April 20, 2021) – Champion Racing Association Powered by JEGS will head to the famous High Banks of Salem Speedway Fueled by the Hoosier Lottery, located in Salem, Indiana, this coming weekend for the Midwest 250 Presented by Scott County Tourism & Lucas Oil. The event at one of the iconic short tracks in the county is being promoted by Track Enterprises. The Midwest 250 will feature the return of the ARCA/CRA Super Series Powered by JEGS, who have not competed at Salem Speedway since 2009, the JEGS/CRA All-Stars Tour Presented by Chevrolet Performance, who last competed at Salem Speedway in 2018 and will also have a huge Street Stock event with the Van Hoy Oil CRA Street Stocks and the Salem Speedway GAS Series Street Stocks competing for bragging rights on the High Banks.

Former NASCAR star Ken Schrader will compete in his first ever Van Hoy Oil CRA Street Stocks event on Sunday. He will be behind the wheel of one of Chuck Barnes Sr.’s cars, Barnes Sr. is the all-time winningest driver at Salem Speedway. Highlighting that events 28 car entry list to compete against Schrader will be Barnes Sr. and his son Chuck Barnes Jr. along with top Street Stock competitors Brett Hudson, Brian Bayer, Todd Kempf, Marcus Elliott, Kyle Hadley, David Bayens, Andrew Teepe, and Skeeter Crum.

There will be an open practice on Saturday, April 24th for all three CRA divisions competing in the Midwest 250. Pits open at 11am with rotating practice for all divisions going from 2pm until 6:30pm. There will be a party with a bonfire and music Saturday night at the track from 7:30pm until 11pm. The Short Notice Band will be playing with the track having drinks and concessions available. General Admission to practice and the party will be free! There is free camping available at the track all weekend.

On Sunday April 25th, pits will open at 8am. Practice for all three divisions is set to begin at 10:30am. Qualifying for the for all three divisions will begin at 12:30pm. Racing action will begin at 2pm with the JEGS/CRA All-Stars Tour 100 lap feature, followed by the Van Hoy Oil CRA Street Stocks/GAS Series Street Stocks 50 lap feature with the 100 lap ARCA/CRA Super Series feature capping off the day’s events.

Advance tickets for the Midwest 250 Presented by Scott County Tourism & Lucas Oil are available online at www.trackenterprises.com and at www.salemspeedway.com, in addition to event information. Tickets will also be available at the gate on race day. Event info can also be obtained by calling the Track Enterprises office at 217-764-3200.

More information on all the CRA Series is available at www.cra-racing.com