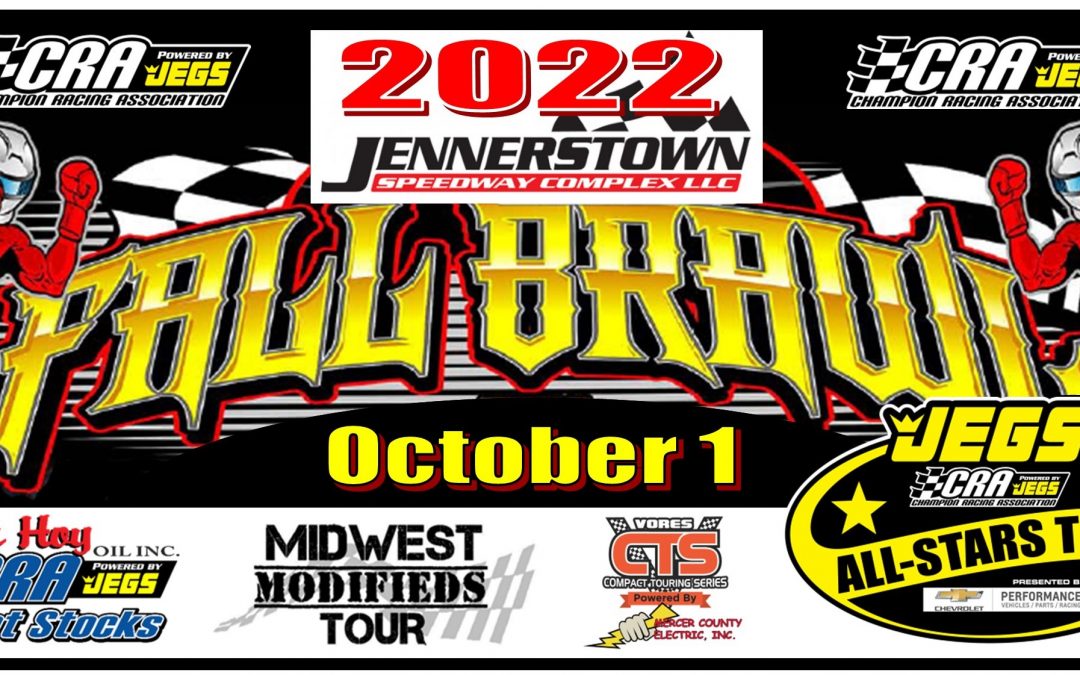 “We are really looking forward to having this event at Jennerstown Speedway,” remarked R.J. Scott, Managing Partner with CRA. “We are grateful to have a facility like Jennerstown reach out and want to continue the great tradition of this event. We look forward to working with Bill Hribar and his whole staff. We hope this is the beginning of a great partnership between Jennerstown and CRA and this event!”

The JEGS/CRA All-Stars Tour competed at Jennerstown Speedway during the 2020 season in a 100-lap event on July 4th Weekend. Four time series Champion Cody Coughlin took the lead on lap 22 and held off Josh Brock and Matt Craig to get the win. The Fall Brawl event will be the Van Hoy Oil CRA Street Stocks first ever event at that track and first event in Pennsylvania.

Additional event information will be released in the near future. More track information on Jennerstown Speedway is available at www.jennerstown.org/.