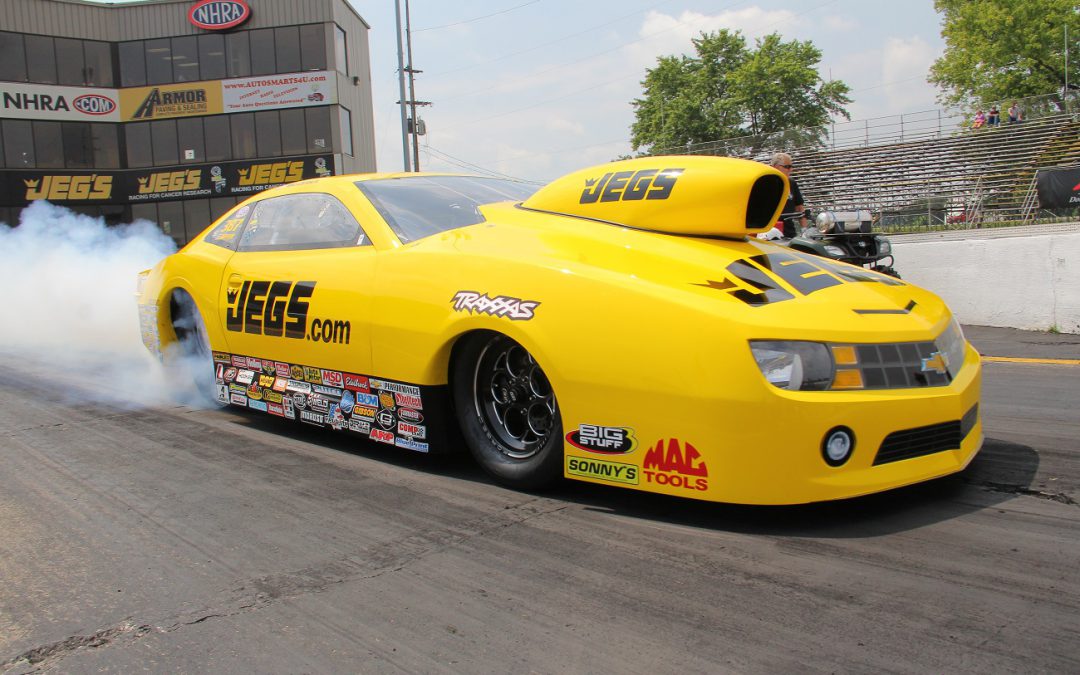 ST. LOUIS (Aug. 6) — New points leader Mike Coughlin is taking his JEGS.com Top Sportsman Chevrolet Camaro into this weekend's Lucas Oil Drag Racing Series event at Gateway Motorsports Park with designs on extending his cushion in the Division 3 points and cracking into the top 10 of the national rankings.

Coughlin, one of four brothers that owns and operates JEGS Automotive in Delaware, Ohio, will be joined by his nephew Troy Coughlin Jr., who will be racing a Super Comp dragster in an effort to sharpen his skills during the summer break in the Pro Mod schedule.

"We had a great weekend in Columbus and we need another one in St. Louis to keep this momentum going," said Mike, a two-time D-3 champion who moved into No. 1 spot two weeks ago after a runner-up finish in the rain-delayed Chicago race. "I really feel like we turned a corner in Columbus and showed we have the capabilities to not only win the division again but maybe poke into the national title race.

"All the credit goes to my dad (Jeg Coughlin Sr.) and the talented bunch of crew guys we have who never stop working on making this car better. Greg Cody, Tony Collier and Rick Rossiter, along with our engine builder Sonny Leonard, you're talking about guys that are the best in the business.

"Dad got us pointed in the right direction and the rest of the guys executed. Fortunately, I did a decent enough job behind the wheel to get this thing rolling."

Although Mike's primary goal is to pad his slender one-point advantage in the D-3 points, he also admits to occasionally thinking about a move into contender status in the first-ever national title fight for Top Sportsman.

"We're trying not to look any further than this weekend's race but, yes, we do have dreams of big things," he said. "But right now we'll focus on St. Louis and that's it."

Troy Jr. is in the midst of a two-month break in his first Pro Mod campaign and has been joining his uncles at various events to keep sharp. This weekend is no exception.

"Just tuning up my driving," Troy Jr. said. "Nothing compares to taking the Tree in competition and I love Sportsman racing anyway so I can't think of a better way to spend the weekend then with Uncle Mike.

"The car is flawless. If I focus and execute, I can win this race. At the same time, I'm there for Uncle Mike. I'm his biggest cheerleader. I love watching him race."