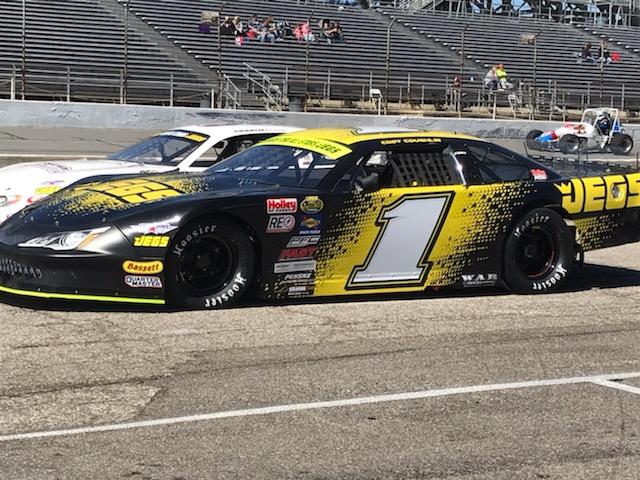 Salem, Indiana (November 29, 2020) – Champion Racing Association Powered by JEGS officials and the management at Crisp Motorsports Park – Home of Watermelon Capital Speedway have released the dates for CRA SpeedFest 2021. The prestigious pre-season event featuring Super Late Models and Pro Late Models will be held on Friday, January 22nd and Saturday, January 23rd, with Sunday January 24th as the events rain date. This will be the 10th straight year that SpeedFest has been held at Crisp Motorsports Park – Home of the Watermelon Capital Speedway, which is located in Cordele, Georgia.

“We are very excited to have CRA SpeedFest once again at Crisp Motorsports Park – Home of the Watermelon Capital Speedway and to work with Promoter Wayne Lyle,” remarked R.J. Scott, managing Partner with CRA. “Wayne and his crew do a great job and we are very pleased to go back to Cordele and interact with all the great staff, racers and fans.”

This will be the seventh year for Speedway owner Wayne Lyle to host the CRA SpeedFest event at his facility. Each year he has made significant improvements to the facility to improve the experience for both the fans and the racers attending the event, one of the premier late model events in the country.

“Each year we look to continue to make this event one of the top late model events in the country,” remarked Mr. Lyle. The South Georgia businessman noted that CRA SpeedFest 2021 will continue with the increase purses introduced in 2018, with the Supers paying $10,000 to win and the Pro’s $5,000 to win and the reduced 2-day schedule of events with a built-in rain date on Sunday.

Additional track and event information can be found at www.crispmotorsportspark.com. For track rental prior to the event, interested parties can contact Ben Sumner at 229-938-8814.

Additional information on all the CRA Series can be found at www.cra-racing.com