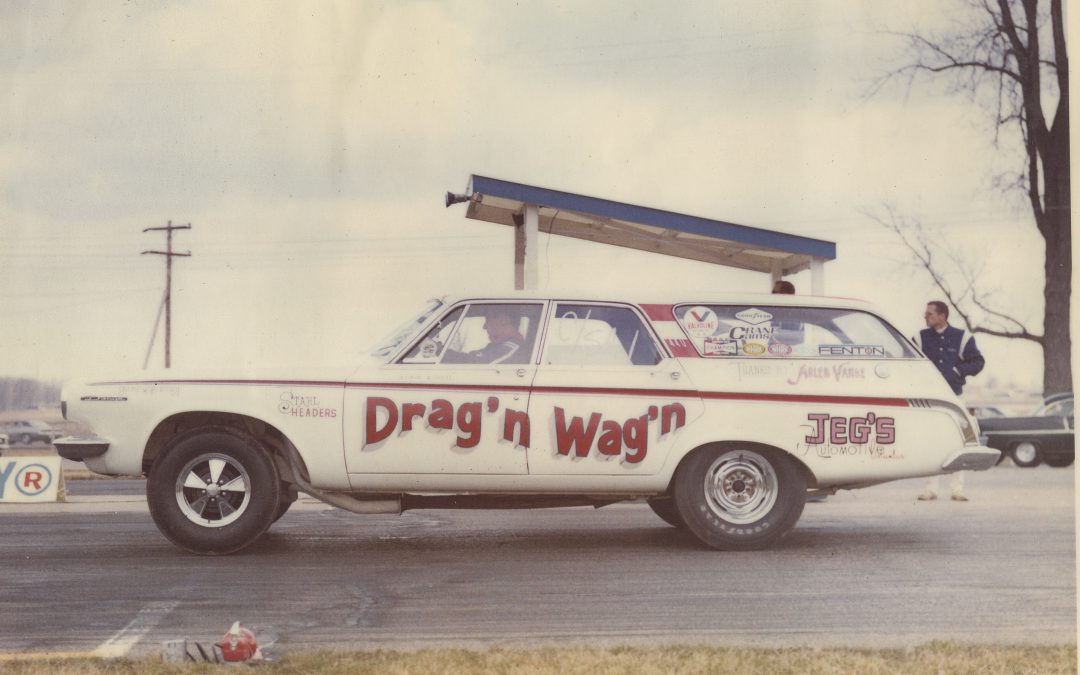 Dave Duell was a nostalgia racer himself in the 1990s, helping promote the precursor to the event that now bears his name. Duell passed away in 2005, but his son Doug and numerous other Nostalgia Super Stock racers decided to rename the race in Dave's honor.

"He was very involved in promoting this event in the early days," Doug said. "Dad started this race in St. Louis and he'd really built it up into a big deal before he passed away in '05. A lot of the racers that raced in his event decided we should rename it the Dave Duell Classic to honor him."

The Dave Duell Classic, now in its 13th year, runs May 17-20 in conjunction with the National Muscle Car Association's Bluegrass Nationals. Doug expects 60-80 Nostalgia Super Stock cars, including his own 1964 Plymouth Station Wagon, a replica of the car his dad drove in the 1960s. That car, the renowned "Drag'n Wag'n," has always been supported by JEGS Automotive.

"It's a big race," Doug Duell said. "The National Muscle Car Association kind of adopted it and they've been great to work with. They offer a big purse and we host a big dinner Saturday night. We run class eliminations like they do during the U.S. Natioanls at Indy. The NMCA has really done a great job embracing the event and promoting it."

Nostalgia Super Stock is limited to 1960s-era cars, with no electronics. It's truly an "old-school" event, one that Doug says he father would be proud.

"We own car dealerships and we're real big on customer service," Doug said. "When my dad was racing he always took note of how the racers were treated and how certain events were organized. When things went well he was the first one to thank the promoters and try to help them moving forward. The (Dave Duell Classic) has kind of grown that way with so many racers chipping in and it's just been amazing. I think that's why we get so many cars because we try to see things from the customer's standpoint."

Customer service is a high priority at JEGS High Performance, too. As such, JEGS remains a big part of the Dave Duell Classic.

"We really appreciate JEGS pitching in and helping out with our event," Doug Duell said. "We really promote our sponsors at our event, and that helps make it what it is."