Day ends sooner than Jeg Coughlin Jr. had hoped at his home track 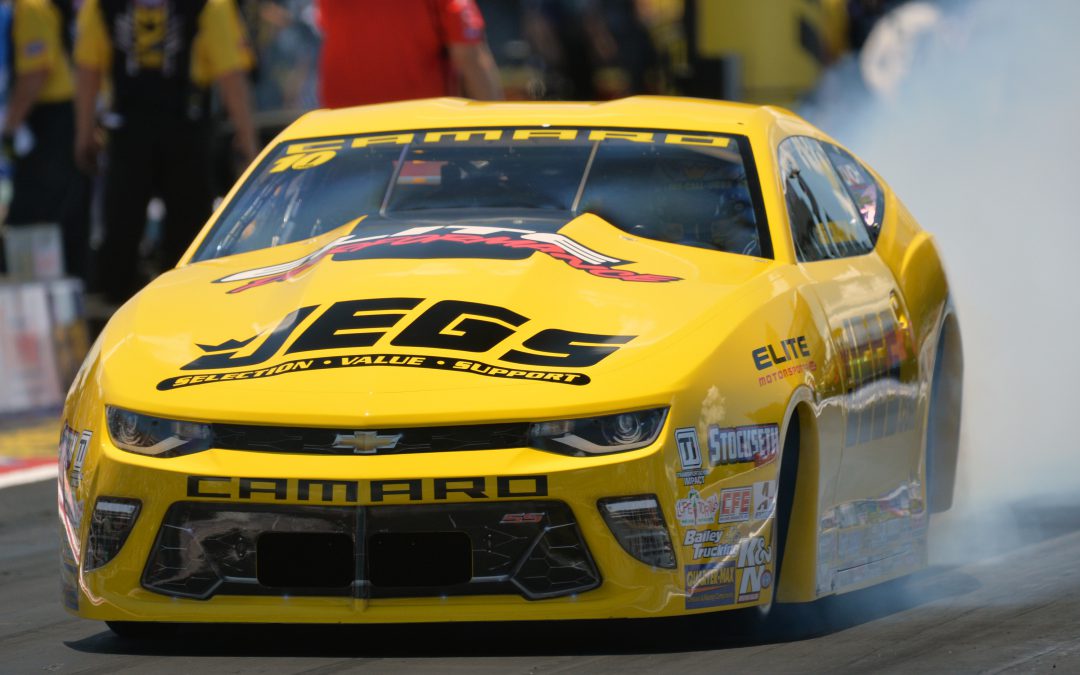 NORWALK, Ohio (June 25) — Local hero Jeg Coughlin Jr. bowed out of the Pro Stock action a little earlier than expected Sunday, giving away a quarterfinal contest to part-timer John Gaydosh when his JEGS.com/Elite Performance Chevrolet Camaro shook its rear tires so hard just off the starting line that Coughlin had to give up the run.

"Hard to say what happened at this point," Coughlin said. "We ran that 6.56 in Round 1 and that was third quickest out of the 16 cars running that session, so we came back up for E2 full of confidence. We just didn't make the right decisions. I think the guys were trying to be conservative. Nothing against John Gaydosh but we had him covered from a performance standpoint by a good bit.

"The car kind of rolled out, stopped the tire and just started shaking. It was a very disheartening feeling from behind the wheel, especially here in front of our hometown crowd."

Currently the ninth most prolific drag racer in history, Coughlin, from Delaware, Ohio, has won on every strip on the current NHRA tour besides Norwalk and Epping, N.H. With both of those races already in the books, that bothersome stat will survive another year.

"We're making great progress, and that's really what I'm focused on," Coughlin said. "We qualified well, ran great in the opening round win, and then had some sort of issue. That run was kind of déjà vu of last week in Bristol. You could probably overlay the engine graphs and it would be very close.

"It wasn't the track, or the car, or the people, we have a solvable problem and that's good news because we can fix it. We've got the data so we maybe need to figure out how we got in that position and avoid it in the future."

After four national events in a row, the NHRA Mello Yello Drag Racing Series will take a weekend off before starting the second half of the 24-race season July 7-9 with the 20th annual Route 66 NHRA Nationals near Chicago.

"Chicago is next for us and that's always a big race for our company with the JEGS Allstars event going on there," Coughlin said. "It's also going to be a big race for this Pro Stock team because we have all the ingredients to win that event. We just need to put it all together."